US Supreme Court takes up religious dispute over Maryland cross 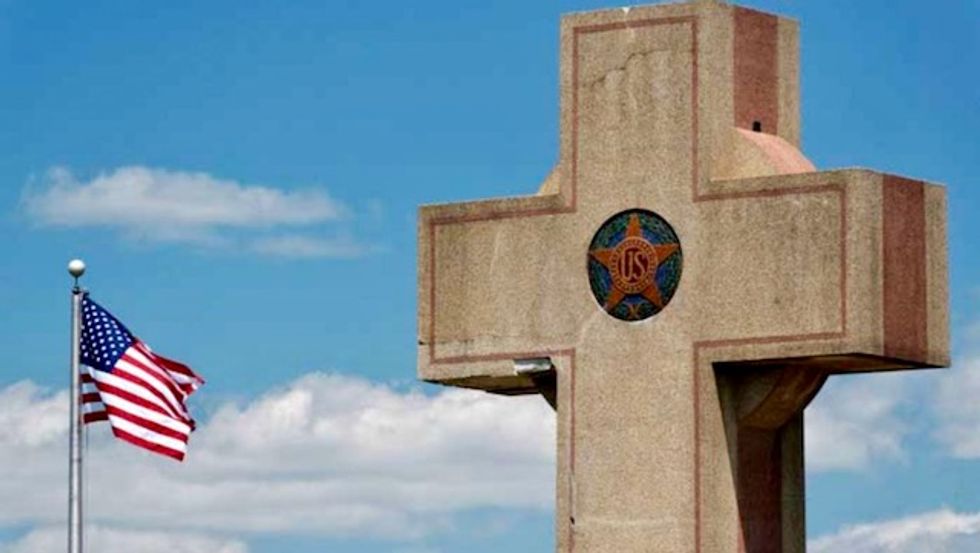 The U.S. Supreme Court on Friday waded into a new fight over the separation of church and state, agreeing to decide whether a towering cross-shaped war memorial erected in 1925 on public land in Maryland violates the Constitution’s ban on government endorsement of religion.

The justices agreed to hear two separate appeals of a lower court’s ruling that the memorial violated the Constitution’s First Amendment prohibition on the government favoring one religion, saying the memorial - dubbed the “peace cross” - is inherently religious due to its shape like a Christian cross.

The high court will take up appeals brought by a public agency called the Maryland-National Capital Park and Planning Commission, which owns the cross, and the American Legion, a private veterans organization that holds memorial events at the site. The legion is represented by the First Liberty Institute, a conservative religious rights group.

The 40-foot-tall (12 meters) cross, located at a busy intersection just outside Washington, was completed in 1925 to honor 49 members of the U.S. armed forces from Maryland’s Prince George’s County who died in World War One.

“For nearly 100 years the memorial has stood to honor these 49 sons of Prince George’s County who made the ultimate sacrifice for their country. The Supreme Court should not allow their memory to be bulldozed,” said Michael Carvin, a lawyer for the American Legion.

The Richmond-based 4th U.S. Circuit Court of Appeals ruled in 2017 that the cross was unconstitutional.

“The monument here has the primary effect of endorsing religion and excessively tangles the government in religion,” Judge Stephanie Thacker wrote on behalf of a three-judge panel that was split 2-1.

The court ruled in favor of the American Humanist Association, a group that calls itself “the leading progressive voice in America on behalf of humanists, atheists, agnostics and freethinkers,” as well as three local residents. The challengers want the memorial to be removed or redesigned so it no longer is shaped like a cross.

The appeals court overturned a 2015 ruling by a judge in Maryland who had decided there was no constitutional violation.

Americans United for Separation of Church and State, a group that advocates for keeping religion out of government, urged the court to uphold the appeals court decision.

“This immense Christian cross on public land clearly shows government promoting one religion - Christianity - above all others,” said Rachel Laser, the group’s president.

Aside from its shape, the cross has no other religious themes or imagery, according to lawyers for the commission and the American Legion. At monument’s base is a plaque that lists the names of the dead. Every year, ceremonies with no religious content are held at the site, lawyers defending the cross said.

American Humanist Society lawyers have said the memorial has always had specific associations with Christianity. Aside from the cross shape, Christian clergy have been involved in events at the site since it was dedicated, with virtually every one featuring Christian-themed prayers, the lawyers said in court papers.

The court has ruled in the past on what types of public displays featuring religious content are permitted. In 2010, it ruled that a cross on federal land in the Mojave National Preserve in California could remain, upholding the government’s decision to transfer the land into private ownership.

The court in 2005 ruled that a monument on the grounds of the Texas state capitol building that depicts the biblical Ten Commandments did not violate the Constitution.

A ruling in the Maryland case is due by the end of June.