Utah mayor, deployed to Afghanistan, is killed in attack 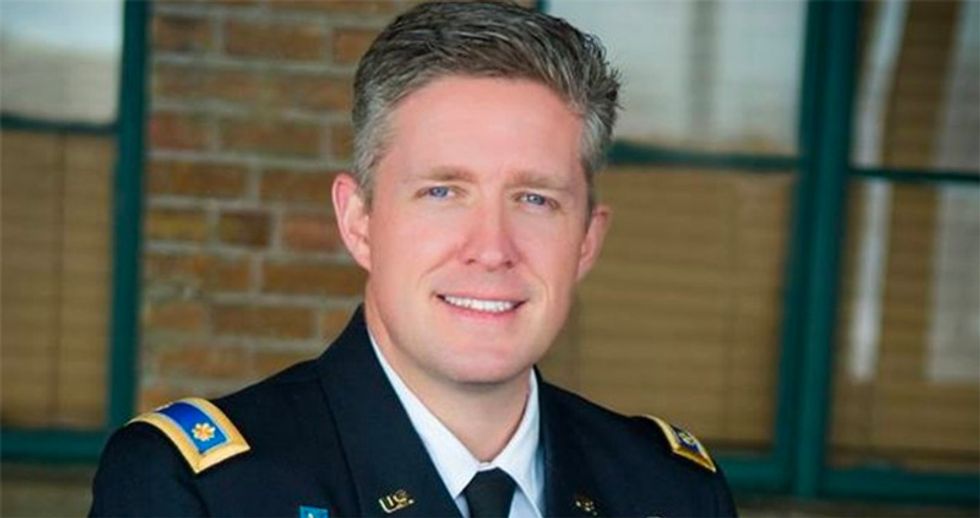 The mayor of a Utah city was killed in the Afghan capital Kabul on Saturday in an apparent insider attack, the state’s lieutenant governor said.

The death of Brent Taylor, mayor of North Ogden and a member of the Utah National Guard, was confirmed by Utah Lieutenant Governor Spencer Cox, who posted a tribute on Facebook.

“I hate this,” Cox wrote. “I’m struggling for words. I love Mayor Taylor, his amazing wife Jennie and his 7 sweet kids.”

Taylor had left his position in North Ogden, a city of around 17,000 people about 45 miles (70 km) north of Salt Lake City, earlier this year to serve in Afghanistan. It was his fourth deployment, according to The Deseret News, a Utah newspaper.

The NATO-led mission in Afghanistan said in a statement on Saturday that a U.S. armed forces member was killed but did not identify him.

The attack was the latest in a series of “green-on-blue” incidents in which members of the Afghan forces have killed U.S. or coalition advisers this year, and it followed the death of a Czech soldier in the western province of Herat last month.

U.S. Defense Secretary James Mattis said in September that training and vetting of Afghan forces was being stepped up to minimize such attacks, and that some training and advisory operations have been scaled back while security is assessed.

Last month, the NATO commander in Afghanistan, General Scott Miller, escaped unhurt when the bodyguard of a provincial governor opened fire on a group of U.S. and Afghan officials in the southern province of Kandahar.

A week ago, Taylor urged Americans to vote in Tuesday’s congressional elections, saying he hoped “whether the Republicans or the Democrats win, that we all remember that we have far more as Americans that unites us than divides us.”