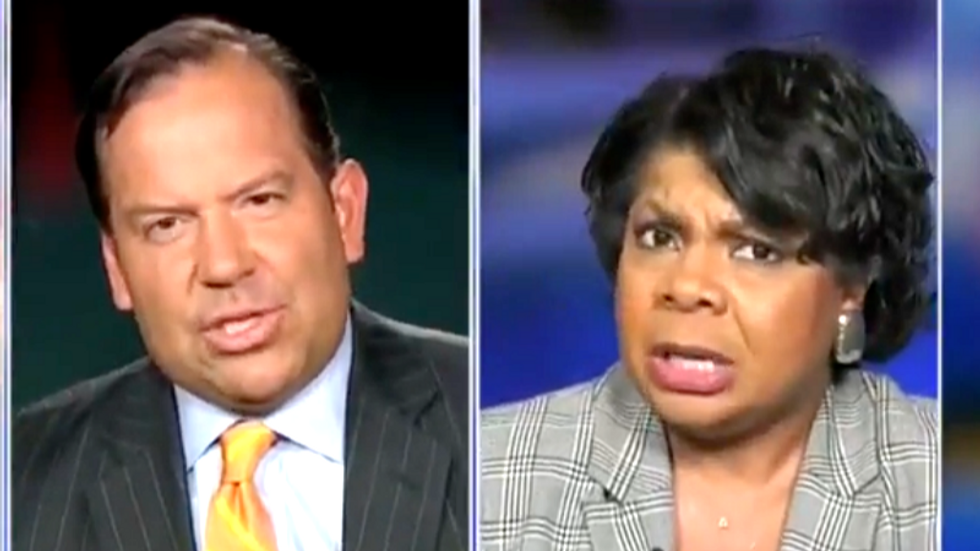 On Friday, a panel hosted by CNN's Kate Bolduan went off the rails over new accusations from Micahel Cohen that President Trump called black people "stupid."

Contributor Joan Walsh said that while Cohen is not credible, his story aligns with Trump's racist behavior. "We have all this evidence about how Trump speaks," Walsh said.

Trump-lover Steve Cortes tried to defend Trump by saying that Cohen was unbelievable and that people only call Trump racist when they don't want to talk about "policy."

White House correspondent April Ryan gave examples about Trump being racist and noted that he called gubernatorial candidate Andrew Gillum a "thief" with no evidence.

Cortes then went on to say that Trump has never called a black person dumb.

"He said Maxine Waters has a low IQ," Bolduan said.

"Maxine Waters is not dumb because she is black — she is just dumb," Cortes said.

Watch the below via CNN.