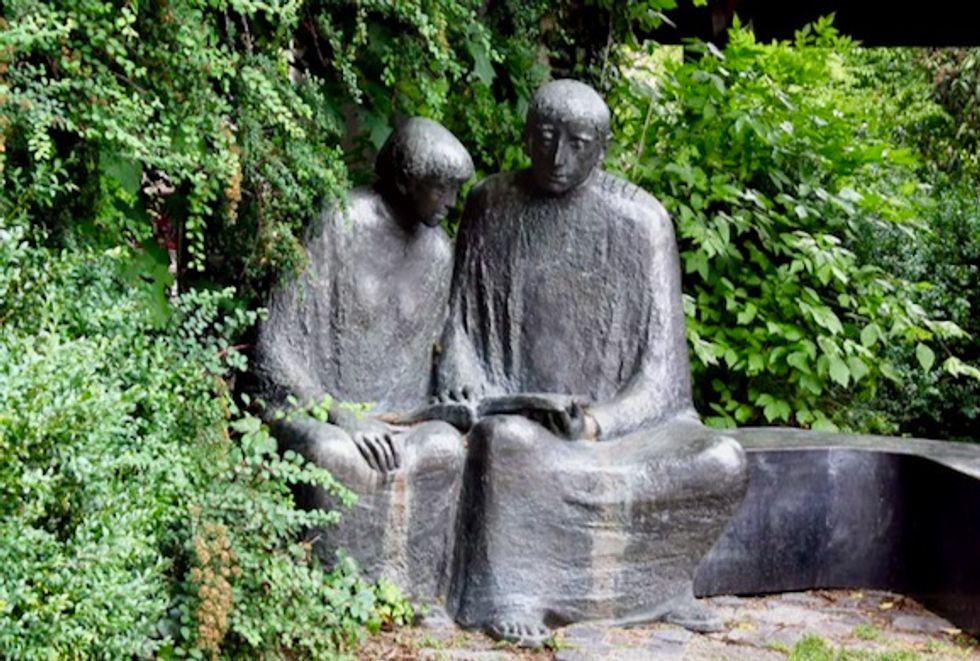 The percentage of Americans who do not identify with any religious tradition continues to rise annually. Not all of them, however, are atheists or agnostics. Many of these people believe in a higher power, if not organized religion, and their numbers too are steadily increasing.

The history of organized religion is full of schisms, heresies and other breakaways. What is different at this time is a seemingly indiscriminate mixing of diverse religious traditions to form a personalized spirituality, often referred to as “cafeteria spirituality.” This involves picking and choosing the religious ideas one likes best.

At the heart of this trend is the general conviction that all world religions share a fundamental, common basis, a belief known as “perennialism.” And this is where the unlikely figure of Meister Eckhart, a 14th-century Dominican friar famous for his popular sermons on the direct experience of God, is finding popular appeal.

Who was Meister Eckhart?

I have studied Meister Eckhart and his ideas of mysticism. The creative power that people address as “God,” he explained, is already present within each individual and is best understood as the very force that infuses all living things.

He believed this divinity to be genderless and completely “other” from humans, accessible not through images or words but through a direct encounter within each person. 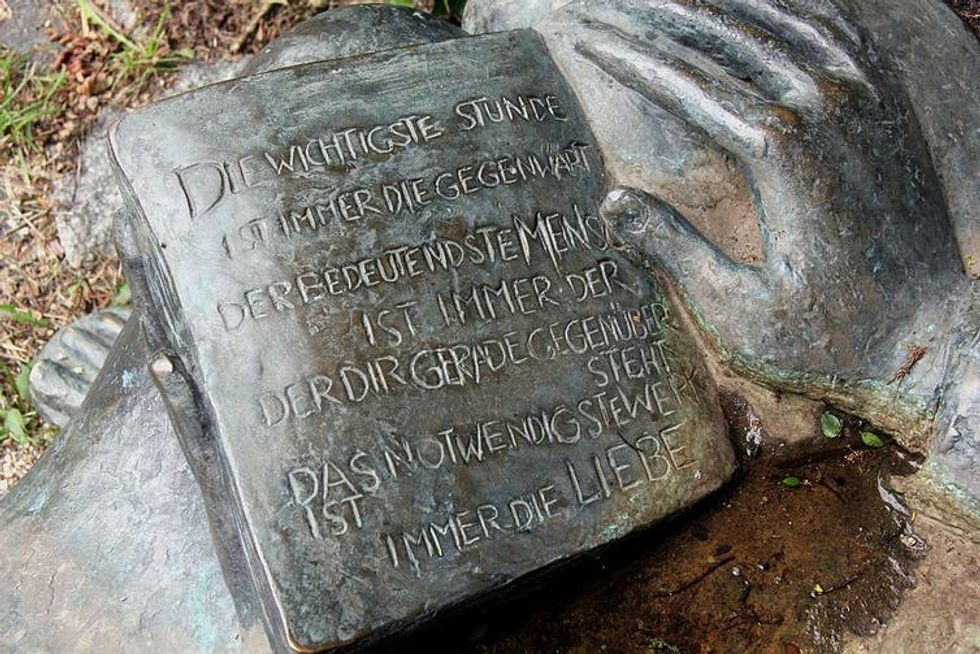 A sculpture of Meister Eckhart in Germany.

The method of direct access to the divine, according to Eckhart, depended on an individual letting go of all desires and images of God and becoming aware of the “divine spark” present within.

Seven centuries ago, Eckhart embraced meditation and what is now called mindfulness. Although he never questioned any of the doctrines of the Catholic Church, Eckhart’s preaching eventually resulted in an official investigation and papal condemnation.

Significantly, it was not Eckhart’s overall approach to experiencing God that his superiors criticized, but rather his decision to teach his wisdom. His inquisitors believed the “unlearned and simple people” were likely to misunderstand him. Eckhart, on the other hand, insisted that the proper role of a preacher was to preach.

He died before his trial was complete, but his writings were subsequently censured by a papal decree.

The modern rediscovery of Eckhart

Since then, he has attracted many religious and non-religious admirers. Among the latter were the 20th-century philosophers Martin Heidegger and Jean-Paul Sartre, who were inspired by Eckhart’s beliefs about the self as the sole basis for action. More recently, Pope John Paul II and the current Dalai Lama have expressed admiration for Eckhart’s portrayal of the intimate relationship between God and the individual soul.

During the second half of the 20th century, the overlap of his teachings to many Asian practices played an important role in making him popular with Western spiritual seekers. Thomas Merton, a monk from the Trappist monastic order, for example, who began an exploration of Zen Buddhism later in his life, discovered much of the same wisdom in his own Catholic tradition embodied in Eckhart. He called Eckhart “my life raft,” for opening up the wisdom about developing one’s inner life.

Richard Rohr, a friar from the Franciscan order and a contemporary spirituality writer, views Eckhart’s teachings as part of a long and ancient Christian contemplative tradition. Many in the past, not just monks and nuns have sought the internal experience of the divine through contemplation.

Among them, as Rohr notes were the apostle Paul, the fifth-century theologian Augustine, and the 12th-century Benedictine abbess and composer Hildegard of Bingen.

In the tradition of Eckhart, Rohr has popularized the teaching that Jesus’ death and resurrection represents an individual’s movement from a “false self” to a “true self.” In other words, after stripping away all of the constructed ego, Eckhart guides individuals in finding the divine spark, which is their true identity. 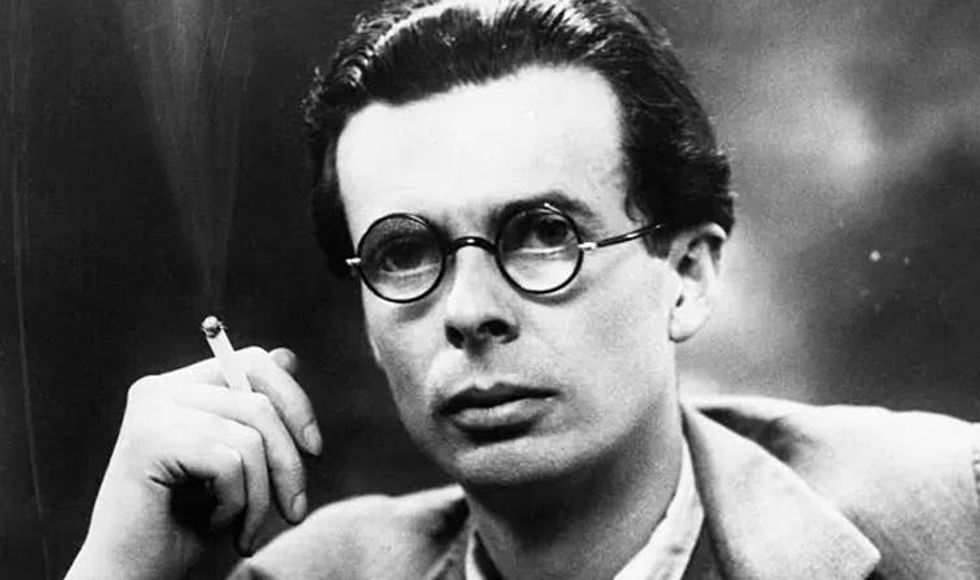 This subjective approach to experiencing the divine was also embraced by Aldous Huxley, best known for his 1932 dystopia, “Brave New World,” and for his later embrace of LSD as a path to self-awareness. Meister Eckhart is frequently cited in Huxley’s best-selling 1945 spiritual compendium, “The Perennialist Philosophy.”

More recently, the mega-best-selling New Age celebrity Eckhart Tolle, born Ulrich Tolle in 1948 in Germany and now based in Vancouver, has taken the perennial movement to a much larger audience. Tolle’s books, drawing from an eclectic mix of Western and Eastern philosophical and religious traditions, have sold millions. His teachings encapsulate the insights of his adopted namesake Meister Eckhart.

While many Christian evangelicals are wary of Eckhart Tolle’s non-religious and unchurched approach, the teachings of the medieval mystic Eckhart have nonetheless found support among many contemporary Catholics and Protestants, both in North America and Europe.

The cautionary note, however, is in too simplistic an understanding of Eckhart’s message.

Eckhart, for instance, did not preach an individualistic, isolated kind of personal enlightenment, nor did he reject as much of his own faith tradition as many modern spiritual but not religious are wont to do.

Meister Eckhart has some important lessons for those of us trapped amid today’s materialism and selfishness, but understanding any spiritual guide – especially one as obscure as Eckhart – requires a deeper understanding of the context.