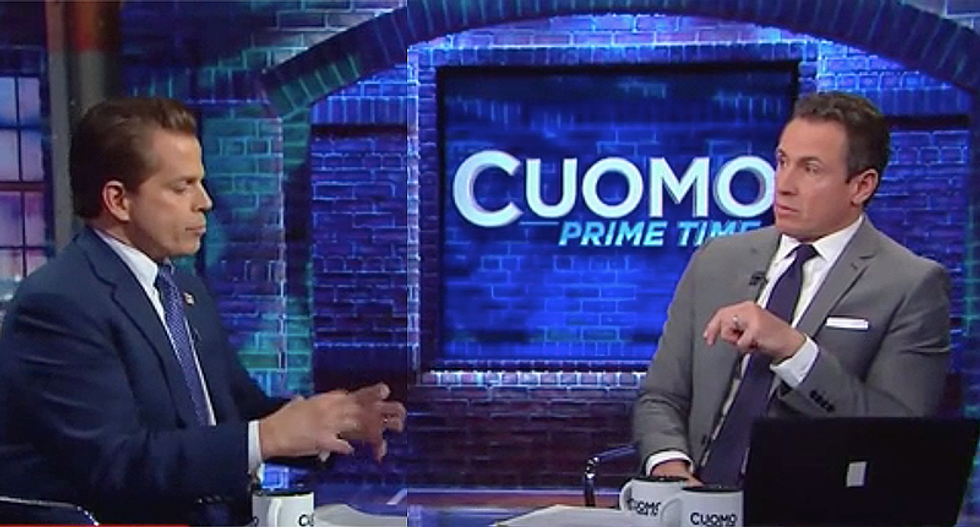 During a CNN interview with Chris Cuomo, brief communications director Anthony Scaramucci explained what characteristics are needed for someone applying to be President Donald Trump's chief of staff.

After discussing Nick Ayers turning down Trump, "The Mooch" explained that bringing in "the general" obviously wasn't something that worked for the White House.

I think general Kelly, I honor his service as a Marine and to the military but yes, I do think so. He said he was humiliated today," Scaramucci said about Gen. John Kelly. "How do you think I felt? You know, on Wall Street you say not working out, you made a gaffe with the recorder, let's let you go by Labor Day, no problem, John, I get it. You don't fire people like that so that was indicative of the way he was going to handle the 17 months he was in the job so -- by the way, I'm not saying it's over importance by me I'm just pointing out that culturally that operating style in a civilian system is not going to work."

He went on to claim that people are not afraid to be honest with Trump and those like Ivanka and Jared Kushner tell the president the truth whether he wants to hear it or not.

Cuomo yucked it up with Scaramucci, asking why they didn't make him chief of staff. Scaramucci laughed, saying if he did it, Cuomo should be his deputy.

"That gives us a good indication of what will happen," Cuomo said laughing.