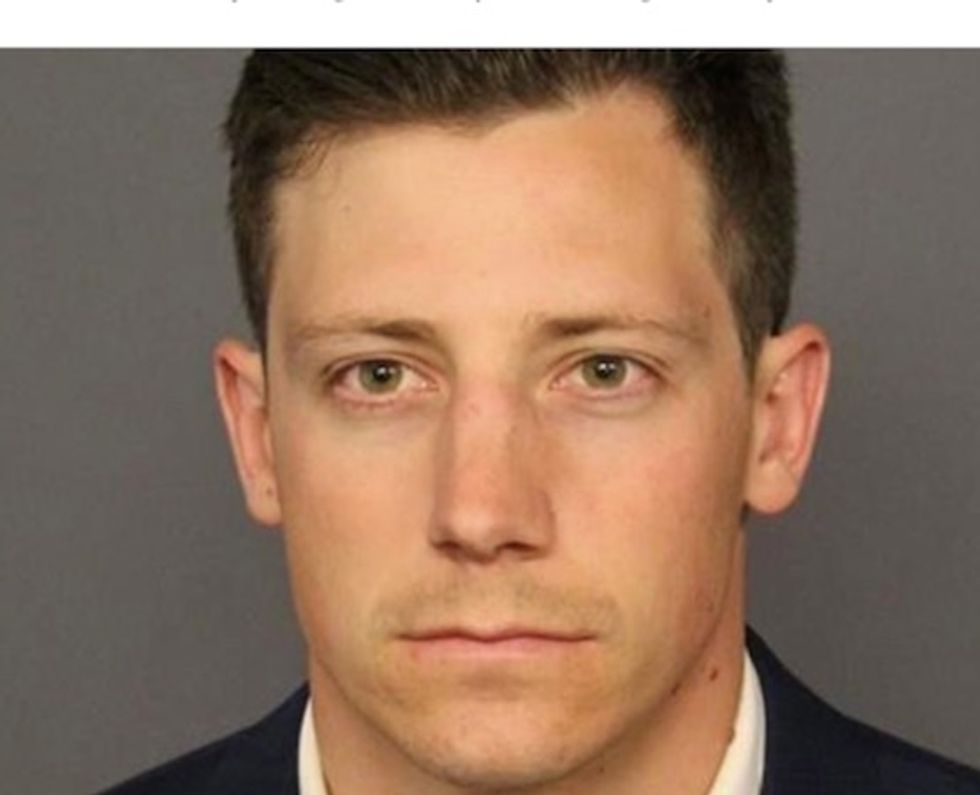 An ex-FBI agent who accidentally shot and wounded a Denver bar patron in June after performing a dance-floor back flip pleaded guilty on Friday to misdemeanor assault under a plea deal that spares him from serving jail time, prosecutors said.

Chase Bishop, 30, pleaded guilty to third-degree assault in Denver District Court for shooting Thomas Reddington in the leg at the Mile High Spirits and Distillery, prosecutors said in a statement.

“We believe that this agreement strikes an appropriate balance of seeking justice for the victim and ensuring that this type of incident does not happen again,” District Attorney Beth McCann said.

Bishop, an FBI agent who was off duty at the time, was among the patrons at the nightclub in downtown Denver in the early morning hours of June 2. Video footage of the incident, captured by another customer and widely circulated online, showed Bishop breakdancing, then performing a backward somersault in the air.

His handgun fell from its holster onto the dance floor and discharged as Bishop picked it up, striking Reddington, 25, in the leg. A muzzle flash can be seen on the video.

The Denver Post reported that Bishop told the judge that he “never expected the result of my actions to lead to something like this.”

“My whole goal in life is to care, protect and serve people,” the newspaper quoted him as saying.

Reddington’s lawyer, Bill Marlin, told Reuters in a phone interview that his client is still recovering from a severed artery in his lower leg. He said Reddington was satisfied with the plea agreement that included no jail time.

“His (Reddington’s) concern was about Bishop’s conduct and his behavior after the shooting,” Marlin said.

The Federal Bureau of Investigation did not immediately respond to a request for comment, but Marlin said a prosecutor told him the FBI fired Bishop sometime after the incident.

Bishop was initially charged with second-degree assault, a felony. In exchange for his guilty plea, Bishop will serve two years of unsupervised probation, the district attorney said.

Marlin said Reddington has not committed to filing a lawsuit, but is “exploring civil remedies.”

Reporting by Keith Coffman in Denver, editing by G Crosse