The John Birch Society is still influencing American politics, 60 years after its founding

The retired candy entrepreneur Robert Welch founded the John Birch Society 60 years ago to push back against what he perceived as a growing American welfare state modeled on communism and the federal government’s push to desegregate America.

Although Welch’s group has never amassed more than 100,000 dues-paying members, it had garnered an estimated 4 to 6 million sympathizers within four years of its 1958 formation. 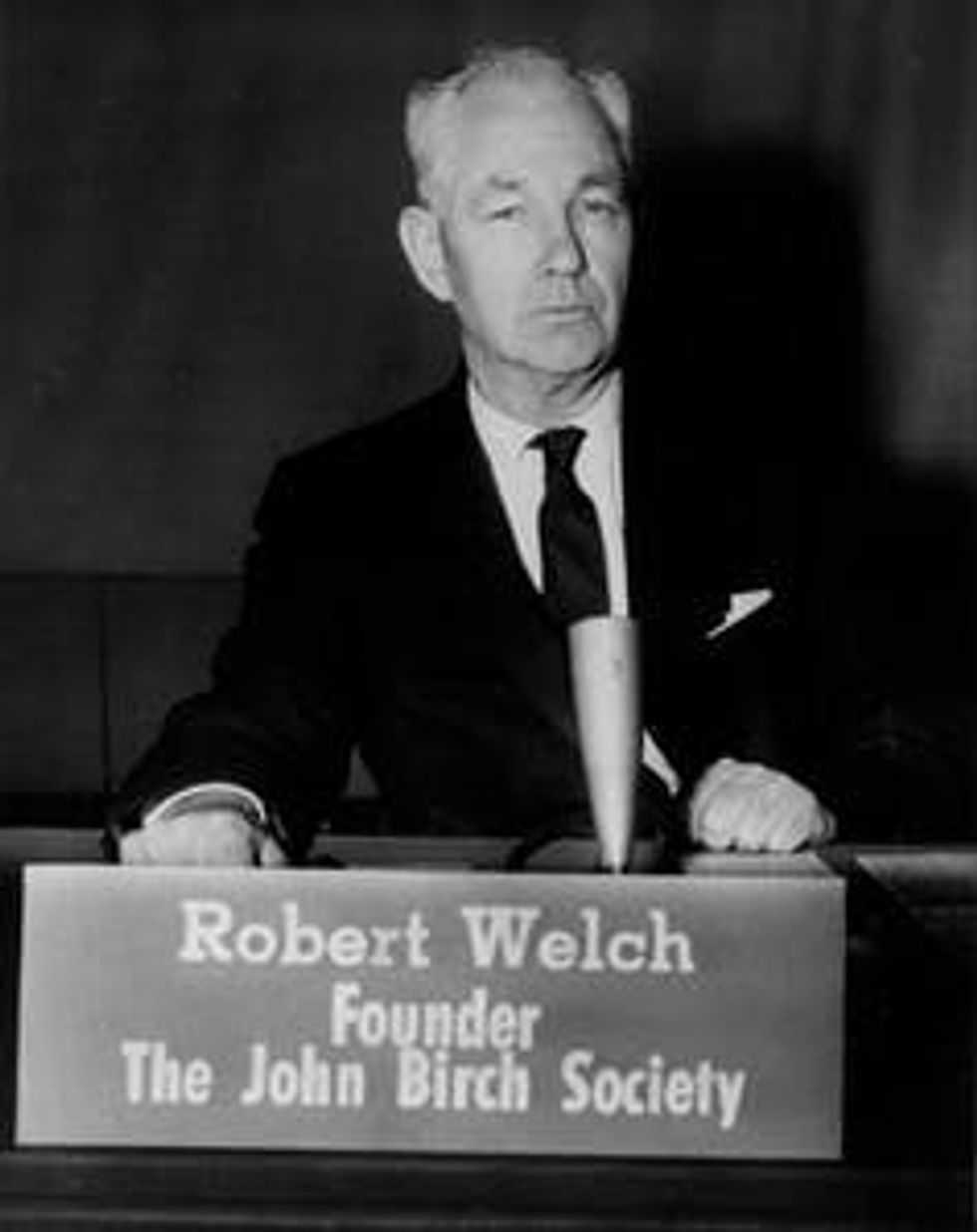 As a scholar of political history and social movements, I find many parallels between today’s far right and its predecessors. Just as the John Birch Society emerged in the midst of the civil rights movement, today’s far-right movements formed as a reaction to the election of Barack Obama – a milestone for racial equality.

The original “Birchers,” as John Birch Society supporters are known, were Republicans who believed their party had grown too moderate. Like the tea party movement that arose half a century later while the nation debated expanding health care coverage, same-sex marriage and immigration reform, they objected to the federal government’s growth, and ardently opposed federal intervention into what they considered to be state and local affairs.

Birchers expressed a belief in domestic communist conspiracies. They went so far as to accuse President Dwight Eisenhower and Chief Justice Earl Warren of being communist dupes and agents – building on the legacy of Sen. Joseph McCarthy whose movement of predominantly Midwestern Republicans found the society’s agenda appealing.

Although these allegations relegated Welch to fringe status as a political leader, the John Birch Society amassed a national base among staunch conservatives.

In their heyday, far-right groups that subscribed to “Welchian” conspiracy theories propagated their views on over 500 radio broadcasts each week – with the John Birch Society alone producing a program on 100 stations – and a widely circulated newsletter.

A string of Birch bookstores doubled as local headquarters for meetings and distribution centers for fliers, films, rally tickets and bumper stickers, spread its influence.

Even though Welch understood racism and bigotry would hurt his cause, the John Birch Society’s opposition to the civil rights movement attracted Americans sympathetic to racist paranoia. For example, it consistently published reports accusing civil rights leaders of communist subversion and alleging that people of color were plotting to divide the country and control the world.

In 1964, backing from the John Birch Society in Republican primaries, such as California, secured the right-wing-backed candidate Barry Goldwater’s Republican presidential nomination.

“All those little old ladies in tennis shoes that you called right-wing nuts and kooks,” Goldwater’s organizational head reportedly told him about the campaign volunteers who appeared to be Birch sympathizers, “they’re the best volunteer political organization that’s ever been put together.”

Despite Goldwater’s loss to incumbent Lyndon B. Johnson in a landslide, many political scientists and conservatives believe that Goldwater’s failed bid made way for the modern conservative movement by passing the torch to Richard M. Nixon’s “silent majority,” ending decades of liberal dominance.

Most notably, Fred Koch, the father of David and Charles Koch, was among the Birch Society’s first 11 members and its main financial backers. The billionaire Koch brothers have pumped massive amounts of money into libertarian causes and conservative political campaigns for decades.

As investigative journalist Jane Mayer explains in her book “Dark Money,” Fred Koch strongly encouraged his sons to follow in his political footsteps, something Charles and David did in general. For a time, both brothers belonged to the Birch Society, but they had moved on by the 1970s.

Additionally, in their exhaustive examination of the tea party movement, political scientists Christopher Parker and Matt Barreto argue that Obama’s election instigated the rise of today’s far right. Much like how the John Birch Society arose as a rejection of progress on civil rights, tea party supporters felt anxious about what they saw as the “real” America slipping away when the country chose a black man to be its president.

Just as Birchers called Justice Warren a communist for overruling state and local segregation laws, the tea party labeled President Obama a socialist because of his plan to expand health insurance coverage. And, similar to Birch Society claims that the civil rights movement was a treasonous ploy to divide the country, Trump and his surrogates paint the Black Lives Matter movement as a force working toward the collapse of social order.

Moreover, in 2017, as the Trump administration got underway, violent incidents involving white supremacists and mass shootings were becoming more common. Yet, Jeff Sessions, Trump’s attorney general at that time, tasked the FBI with compiling a report on so-called “black identity extremists” with the “potential to incite irrational police fear of black activists.”

From the start, Trump’s incessant and loud questions about whether Obama was born in the U.S. and his attacks on immigrants echoed the Birch Society’s obsessions. 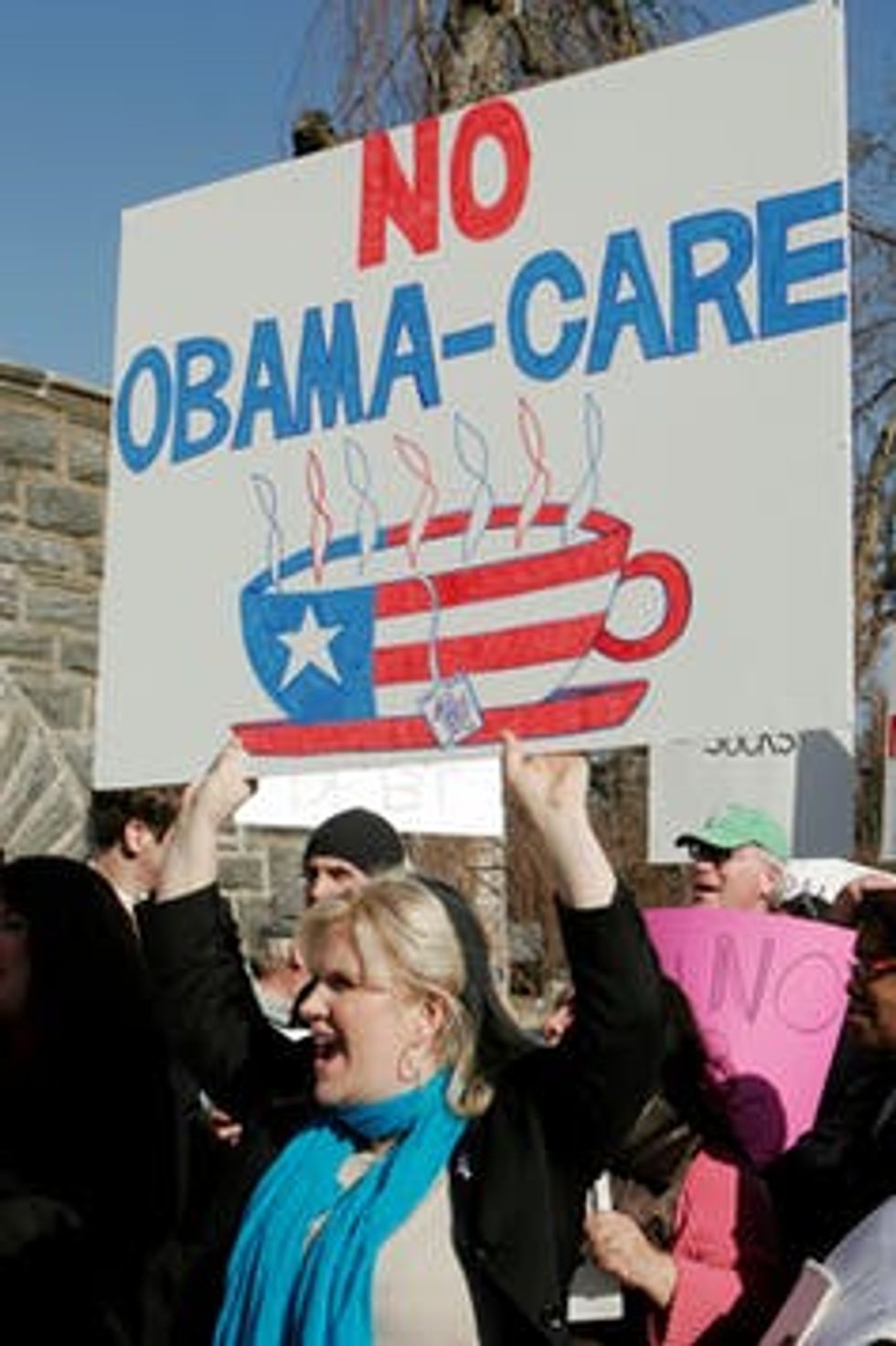 By openly courting voters who had been tea party supporters, Trump mobilized enough of the Americans who were anxious about their country’s future to make it to the White House.

Since taking office, Trump’s far-right supporters have tolerated his efforts to delegitimize many political institutions, including the intelligence community and the judiciary – taking after the reactionary right 60 years earlier. By abandoning a traditionally conservative need for institutional stability, I believe that Trump echoes the John Birch Society’s willingness to oppose uncomfortable change in society at any cost.

Today, while much of the John Birch Society exists online and through its bimonthly magazine, The New American, some conservatives are trying to reboot local chapters of the nonprofit corporation.

The society, which does not divulge how many current dues-paying members it has, maintains it is not a political, but rather an educational organization. However, it welcomed the tea party with open arms in 2011.

And, in a 2016 interview, the group’s CEO argued that Trump “captured” a movement built on the political causes the Birch Society had championed for decades.