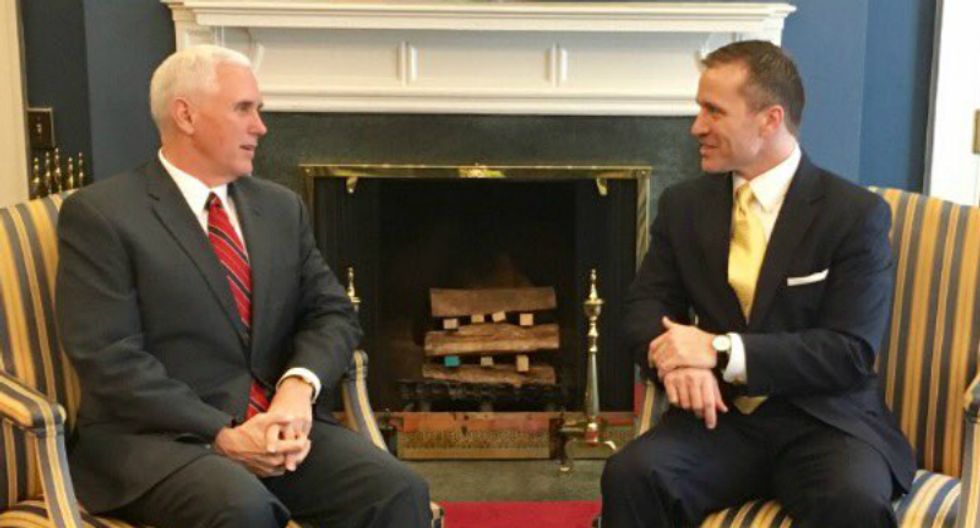 Republican legislators in Missouri ended 2018 by releasing 2,117 pages of documents from their investigation into former GOP Gov. Eric Greitens.

The St. Louis Post-Dispatch reported Monday that the "dump" of documents included "hundreds of pages of transcripts from closed committee hearings."

Greitens was caught in two major scandals. In the first, he reportedly took pictures of his hair stylist while she was naked, bound and blindfolded to be used as blackmail against her revealing their extramarital affair.

In the second scandal, Greitens was accused of using donor lists from a veterans nonprofit to fundraise in his gubernatorial campaign.

Greitens was indicted in February on felony invasion of privacy charges and again indicted on a felony charge of tampering with a computer in the campaign finance case.

Missouri's Republican Attorney General, Josh Hawley, announced on Friday that the state would not pursue further legal action against Greiten's nonprofit. Hawley was elected to the U.S. Senate in November and will be sworn-in on Thursday.

The legislature, however, did investigate.

"During the spring, the GOP-led House committee took the testimony of Greitens' former lover, who accused Greitens of coercing her into sex acts and threatening her with the release of a compromising photograph," the Post-Dispatch explained. "Documents and testimony showed that Greitens ran an off-the-books gubernatorial campaign in 2014 and 2015, and lied about his campaign's acceptance of a charity donor list from The Mission Continues, a veterans charity Greitens founded in 2007."

The Republican chairman of the Special Investigative Committee on Oversight, Rep. Jay Barnes, urged investigations into Greitens to continue.

"When Eric Greitens resigned in May, the committee lost jurisdiction to investigate further," Barnes explained. "However, the Missouri Ethics Commission has the power to investigate and act. I remain hopeful the commission will take appropriate action to enforce Missouri’s campaign finance laws against Eric Greitens and those with whom he conspired to evade reporting requirements and voter-enacted campaign finance limits.”