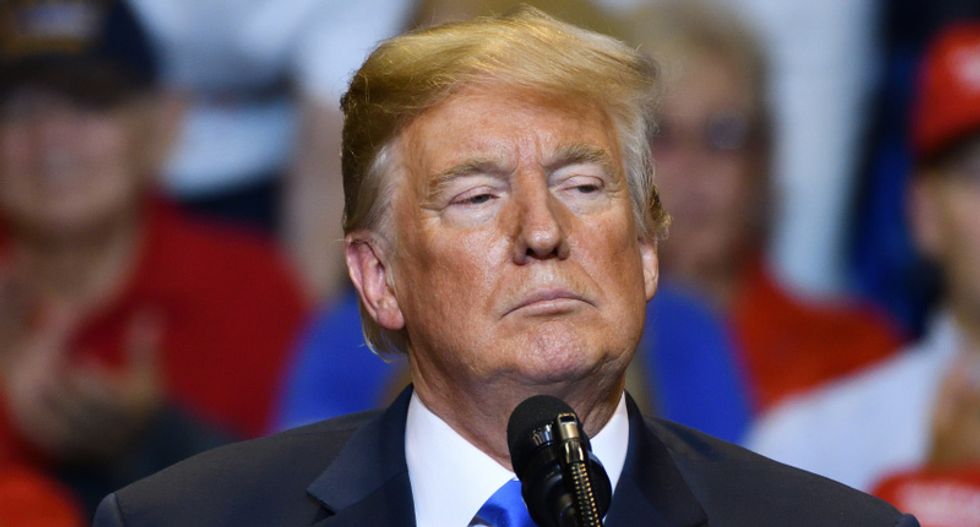 President Donald Trump's decision to let the government shut down because Democrats refuse to fund his border wall has federal workers looking into January and beyond, fearing they won't be able to pay their bills.

In interviews with the Daily Beast, both lawmakers and workers have grown weary with the constant budget battles that take their livelihoods hostage.

According to Rep. Raul Grijalva (D-AZ), the Republicans have painted themselves into a corner because many of them are backing Trump's position which will be a loser for them.

“It’s not going anywhere–it’s about positioning, and unfortunately for Trump and the Republicans, their position is lost,” he explained. “I think that it’s been pretty solid from our caucus that there’s no wall. Money for security, that’s smart, I don’t think people would be [opposed] to discussing that, but you keep doing the wall in exchange for X—that is a hostage-taking that I don’t think we should support.”

The collateral damage of that "hostage taking" would be the federal employees who are fearful the shut-down could extend into February -- putting their financial well-being in peril.

“The hardest part will be rent. The second paycheck of the month is my ‘rent’ paycheck. Without it, next month will be tough,” a 24-year-old NASA contractor from California, who asked not to be named for fear of retribution, told the Beast. “If I don’t get paid, my short-term savings will be virtually wiped out, and I’d have to dip into long-term savings to pay for February rent if Trump keeps it up.”

Isabel Chaloux, a 67-year-old janitor who works for the federal government in San Diego, looked only at the short term, saying she is “very worried that Trump is going to ruin” her holiday.

Another federal employee was blunter in her appraisal.

“I won’t have enough to pay my rent” lamented 57-year-old Bonita Williams who does janitorial work at the State Department.

"I can’t afford a shutdown,” she added. “Trump ain’t gonna pay my rent.”