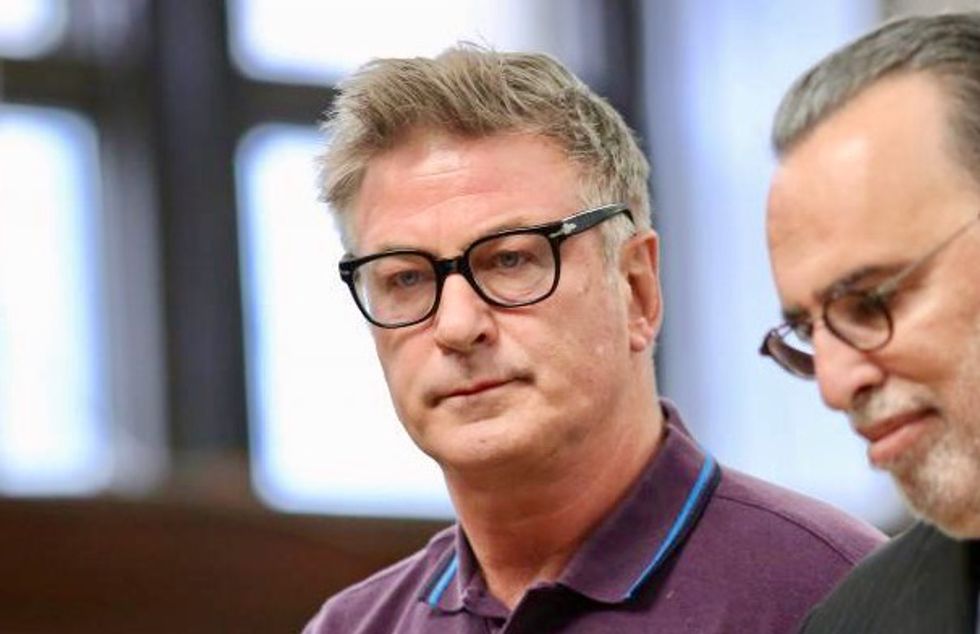 Actor Alec Baldwin arrived at a New York City court on Wednesday to face charges stemming from an altercation last year over a parking spot during which he is accused of punching someone, according to court officials.

The 60-year-old actor, most recently known for his impersonations of U.S. President Donald Trump on “Saturday Night Live,” arrived alone, wearing a winter coat, scarf and glasses as he strode past waiting photographers into the courthouse.

Baldwin, who police said was arrested on Nov. 2 and charged with misdemeanor assault and harassment, was released the same day and was met by a swarm of camera crews.

He last appeared in court for this incident on Nov. 26 for an arraignment hearing.

“Normally, I would not comment on something as egregiously misstated as today’s story,” a post on his foundation’s Twitter account said after the incident. “However, the assertion that I punched anyone over a parking spot is false. I wanted to go on the record stating as much.”

Baldwin won an Emmy Award in 2017 for his scathing impressions of Trump. He is also known for portraying network executive Jack Donaghy in NBC’s “30 Rock” sitcom.

Baldwin has a history of losing his temper. In 2014, he was given a summons for disorderly conduct after an argument with police when he was stopped for riding his bike down a one-way street in New York. It was not clear what followed the summons notice.

In 2011, he was thrown off an American Airlines flight after refusing to stop playing a game on his phone before takeoff.

A year later, Baldwin denied punching a photographer who was trying to take photos of him with his then-fiancee, yoga teacher Hilaria Thomas. Baldwin and Thomas married in 2012 and have four children.