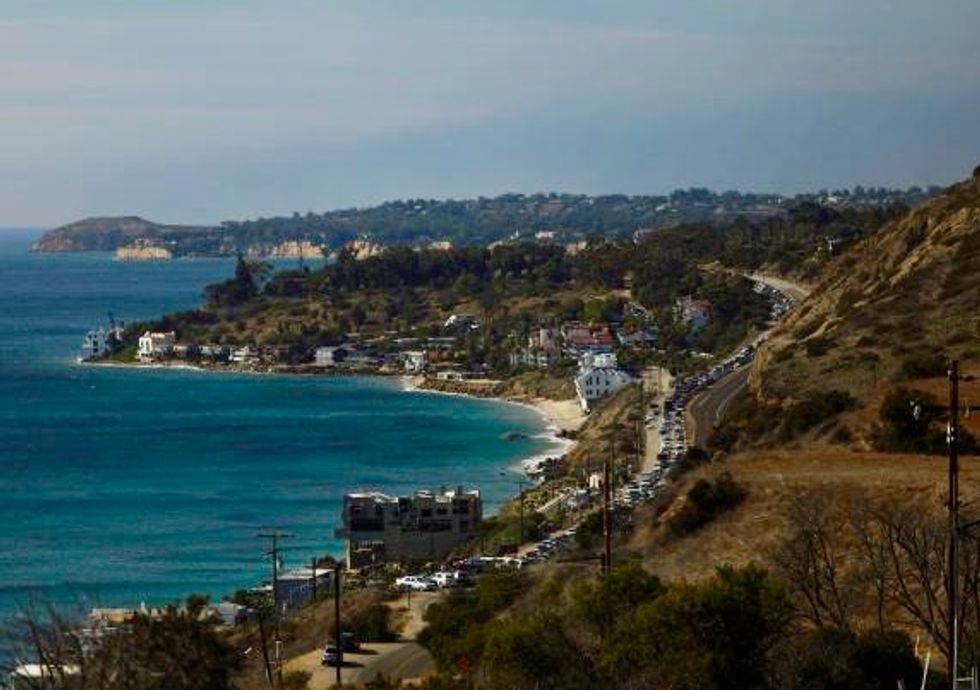 The charred, skeletal remains of a human body have been found in an area of the posh seaside town of Malibu left blackened by a massive wildfire in November, and investigators were trying to determine if the victim was slain or died in the flames, a Los Angeles County Sheriff’s spokeswoman said on Tuesday.

The bones were discovered late on Monday afternoon and sheriff’s homicide detectives, joined by investigators from the Los Angeles County Medical Examiner’s Office, responded to the scene at first light on Tuesday, Deputy Trina Schrader said.

She said the coroner’s office would conduct an autopsy in an effort to determine the gender and identity of the victim, and whether foul play was involved in the death.

“This is a death investigation and it is being investigated by our homicide bureau,” she said, adding that there were no visible indications of violence at the scene or to what was left of the remains.

Sheriff’s officials asked members of the public to come forward if they had any information about the case or could help identify the victim.

The body is the second to be discovered in the area devastated by the Woolsey Fire, which broke out on Nov. 8 and charred 96,000 acres in the hills above Malibu, a wealthy beachfront community known for its celebrity residents, before it was contained.

On Nov. 17 a homeowner surveying fire damage to his property came across partial skeletal remains. Investigators are still seeking to identify those remains, which they believe were left before the conflagration, and a cause of death.

The Woolsey fire, one of several major blazes which erupted during a particularly fierce wildfire season across California, was known to have killed three civilians and injured three firefighters. More than 1,500 structures were destroyed by the flames and 341 others were damaged.

The Camp Fire, which erupted on the same day, roared through the foothill community of Paradise in Northern California, killing at least 86 people and burning down more than 18,000 structures to become deadliest and most destructive wildfire in state history.

Combined losses from the Camp and Woolsey wildfires have been estimated at between $9 billion and $13 billion.