Fellow coffee magnate slams Howard Schultz: ‘He’s out of his depth on a vanity run for the presidency’ 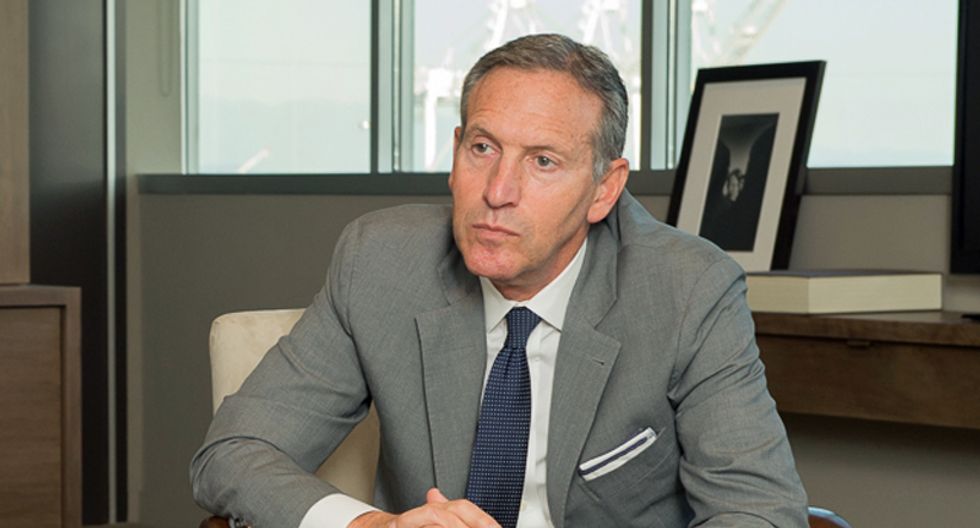 The backlash against an independent presidential bid by billionaire Howard Schultz continued on Tuesday with a fellow coffee magnate slamming his campaign.

Todd Carmichael, the co-founder of La Colombe Coffee Roasters blasted Schultz in an interview with Politico.

“I first met Howard in 1984 and he’s done a lot for coffee, but right now he’s out of his depth on a vanity run for the presidency,” Carmichael explained.

Democrats have worried a Schultz bid would help reelect President Donald Trump. That mindset was cemented on Monday when Trump admitted he was trying to goad Schultz into running.

"Of course a billionaire would complain about a tax on billionaires, but it doesn’t mean it’s good policy for America," Carmichael explained.

"I am not afraid to say that I want to be taxed more,” he said. “I want better schools. I want people to have better access to health care."

Carmichael is backing the campaign of Sen. Elizabeth Warren (D-MA).