'Fill or kill': the three weeks that saved Sears 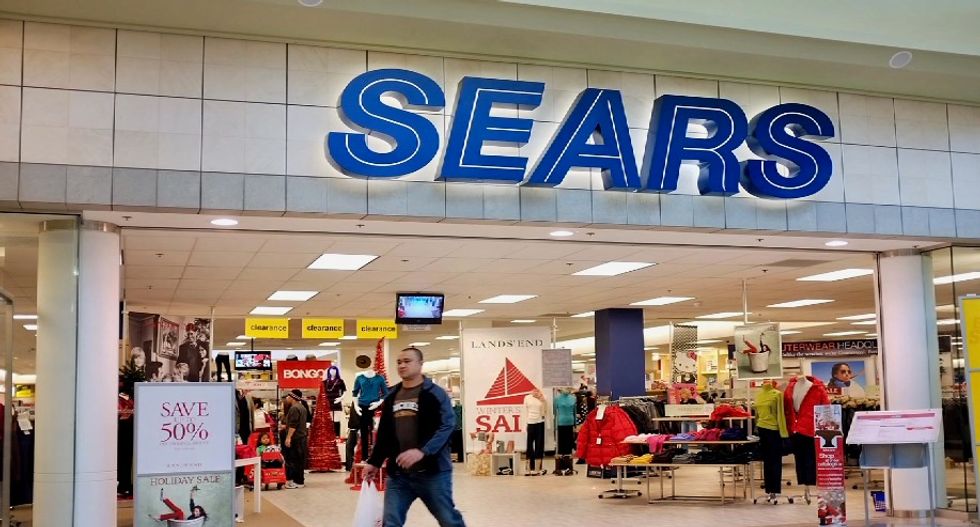 The future of Sears Holdings Corp and tens of thousands of its employees across the United States hung in the balance in the freezing pre dawn hours last Wednesday, as Wall Street lawyers and bankers sparred over the fate of the beleaguered retailer in a 50-story Manhattan office tower.

Working the phone from Miami, where he has an office and a 17,000-square-foot mansion, was Sears Chairman Eddie Lampert. The investor had to decide between boosting the $5 billion offer he had made a week earlier for most of the retailer’s remaining assets, or letting the 126-year-old company close its doors forever.

A major sticking point: who would cover more than $200 million in costs that Sears had racked up since filing for bankruptcy in October. The company owed money for taxes and merchandise as well as fees charged by lawyers, bankers and other advisers. The advisers’ fees alone had eclipsed $20 million by the end of the November and were mounting with every billable hour. Sears did not have enough money to pay all of the expenses.

Representatives for both Sears and Lampert occupied the 24th floor offices of Weil, Gotshal & Manges LLP, the law firm retained by the company, in the General Motors Building near Central Park. They guzzled coffee like it was water to stay awake, some eating discarded food that was not necessarily theirs. After three days of round-the-clock negotiations, the conference rooms had begun to smell, one adviser said.

Time was running out. The auction Sears was holding as part of its bankruptcy proceedings had already blown past a midnight deadline set by U.S. Bankruptcy Judge Robert Drain. Besides Lampert, the only other bidders were either looking at small pieces of the company or vying to shut it down altogether and sell off its assets.

Finally, at 2:30 a.m., in a conference room that had previously hosted discussions about the bankruptcies of Lehman Brothers and General Motors, a deal was clinched. Lampert would pay more than $5.2 billion to rescue Sears, acquiring the company’s businesses and 425 stores and preserving about 45,000 jobs.

It was the culmination of a battle - with Sears directors and advisers on one side and Lampert and his negotiators on the other - that had begun on the last Friday in December, when the billionaire, through his hedge fund ESL Investments Inc, made an offer to take over the company. This account of those crucial three weeks, based on court documents, securities filings and interviews with nearly a dozen people familiar with the negotiations, shows how close Sears came to liquidation.

A Sears spokesman declined to comment, and a Lampert representative said he was unavailable for an interview.

When Lampert combined Sears and rival chain Kmart almost 15 years ago, he heralded the formation of a retailer with more than $55 billion in annual sales, nearly 3,500 stores and more than 300,000 employees. But within a dozen years, annual revenues had plunged to $16.7 billion in the face of competition from the likes of Amazon.com Inc and Walmart Inc.

Lampert loaned Sears money over the years to keep it running, becoming the retailer’s largest creditor in addition to its biggest shareholder. Under his leadership, Sears also spun off clothing manufacturer Lands’ End, parted with 235 of its best stores for $2.7 billion to a company Lampert created called Seritage Growth Properties and sold its Craftsman tools brand for $900 million.

None of it worked. Sears has not turned a profit since 2010.

In September, Lampert proposed a rescue plan, but a special committee of independent Sears directors spurned it. On Oct. 15, the storied retailer, which thrived with famous mail-order catalogs and once owned the tallest building in the world, filed for bankruptcy protection in White Plains, New York, federal court.

Sears listed about $7 billion in assets, which included just under 700 stores. Liabilities were more than $11 billion, including $2.6 billion owed to Lampert. The Hoffman Estates, Illinois-based company by then employed about 68,000 people.

The offer would preserve up to 50,000 jobs. The company’s creditors, such as mall owners and vendors, pushed for liquidation, which would yield a pile of cash to pay the retailer’s bills, not to mention its debts to bankruptcy lenders.

The company faced a court-imposed Jan. 4 deadline to determine whether Lampert’s bid was good enough to compete in the looming auction. The deadline came and went. Sears directors and Lampert were at loggerheads. The retailer wanted another $80 million to cover bankruptcy expenses. Lampert refused.

On Monday, Jan. 7, the deadlock appeared hopeless, said people involved in the discussions. Drain urged the two sides to keep negotiating, but talks into the night went nowhere.

Liquidation announcements were prepared by Sears and Lampert advisers, the people said. Sears tapped New Jersey-based Abacus Advisors Group LLC, whose chairman Alan Cohen was a longtime consultant to the company, to sell the chain’s vast inventories of tools, appliances and store fixtures.

On Tuesday, Jan. 8, Drain delayed the start of a scheduled court hearing, allowing talks to continue. When it finally began, Ray Schrock, the Weil lawyer representing Sears, had an announcement: “We have what we believe is some very good news for Sears and its stakeholders,” he said.

Lampert had increased his bid to roughly $5 billion. He agreed to take on more than $600 million in additional Sears liabilities, mainly bills for merchandise and taxes, and employee severance benefits.

The following Monday morning, Jan. 14, advisers for Sears and Lampert entered the General Motors Building and rode elevators to Weil’s offices for the start of the auction with the recently enhanced bid in hand.

But that evening, Sears advisers at Weil’s offices made an aggressive move: a demand known in Wall Street deal negotiating parlance as “fill or kill.” The retailer wanted another $225 million to cover its bankruptcy costs, and Lampert needed to agree or abandon his takeover plan, people involved in the discussions said.

“The goalposts have moved,” a lawyer for Lampert complained.

Nevertheless, the next morning, Lampert upped his bid. “This is not an ordinary moment,” said Sean O’Neal, a Cleary Gottlieb Steen & Hamilton LLP lawyer representing Lampert. “The fate of an American icon and 50,000 employees hangs in the balance.”

The company rejected it, deciding the offer, though better, did not prove a better alternative to a liquidation, the people said. For the second time in a week, Sears prepared to go out of business.

That afternoon, Drain called. Cut a new deal, the judge told the advisers. Sears’ expenses did not necessarily have to be fully covered, he said. Drain set a midnight deadline. “You have no more time,” he said, citing rising Sears expenses.

“There was a dying patient on the table,” said one adviser involved in the discussions. “Dr. Drain helped give it life.”

The midnight deadline passed. Then Lampert placed a call to his team, people familiar with the development said. His advisers, including Kunal Kamlani, president at Lampert’s hedge fund, and Lawrence Chu, a Moelis & Co banker, soon had their breakthrough.

Lampert would sweeten his bid by roughly $200 million. He agreed to take on one of the company’s bankruptcy loans, which debtors typically repay, in its entirety. He also kicked in extra cash. The $5.2 billion offer would free up yet more of Sears’ coffers for other expenses, including fees for advisers.

The new offer also resolved other contentious points. Lampert would be allowed to use $1.3 billion Sears owed him as currency in the offer, a maneuver known as a credit bid, which some creditors had opposed.

At 12:45 a.m., Schrock, the Weil lawyer for Sears, said the company’s board would consider the latest offer. At 2:30 a.m., he announced that Sears had accepted the bid.

Even then, some Sears directors had second thoughts, and discussions dragged another full day and night. Shortly after 3 a.m., on Thursday, Jan. 17, Sears approved Lampert’s takeover. The auction was over.