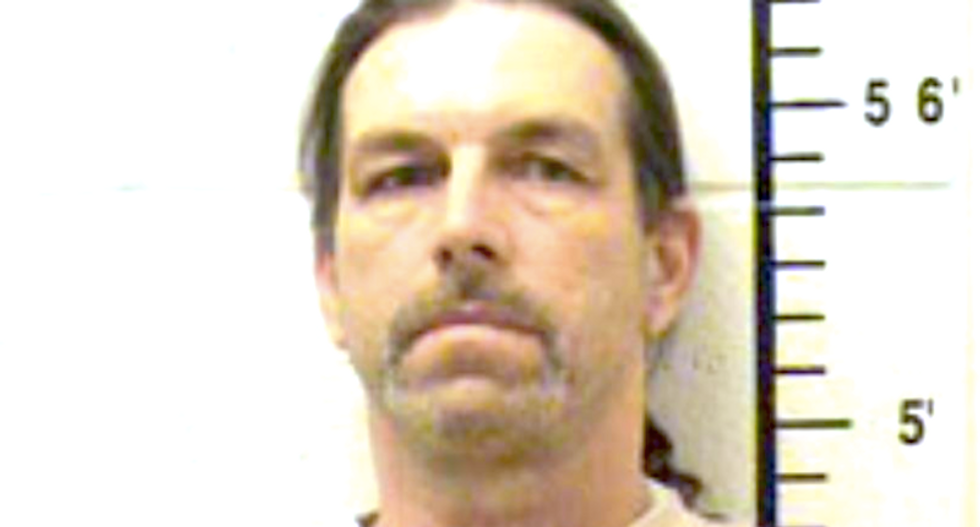 An elected official in Oklahoma was caught on camera using a racial slur against a family member during a domestic dispute -- weeks after his arrest on drug and weapons charges.

Lynn Chambers was arrested last year on 12 felony counts, including meth trafficking and possession of illegal weapons, and then involved in a Dec. 29 domestic dispute, reported KXII-TV.

The Achille city councilman told officers that he did not want his step-granddaughter's friends around his house, and body camera video recorded him using a racial slur.

"Their little Denison dope bunch over here, they're dope (expletive) -- you know who I'm talking about," Chambers told police.

Chambers, whose step-granddaughter is biracial, told the TV station that he was repeating what someone else had told him.

The granddaughter told police that Chambers had used the same slur against her before they arrived, and the councilman said he regretted it.

Chambers said. "It don't matter if you're a city councilman or not, you shouldn't use it. I shouldn't have used it. I don't think it's right by using that word, but I did."

Chambers was arrested with four other people in early December after police said they found 200 grams of methamphetamine, two pounds of marijuana and several guns inside his home.

The suspects could also face child endangerment charges after officers found children inside the home.

The councilman was arrested a little more than a month after Achille mayor David Northcutt was arrested on burglary and meth charges.

Chambers was also arrested in 2010, when he was mayor, on embezzlement charges, but he was later acquitted.