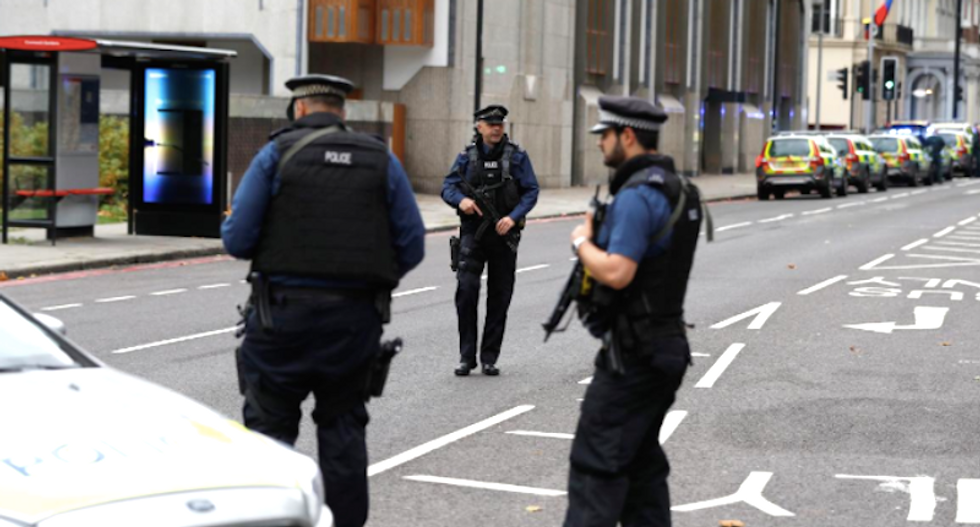 Police officers stand in the road near the Natural History Museum, after a car mounted the pavement injuring a number of pedestrians, police said, in London, Britain October 7, 2017. (REUTERS/Peter Nicholls)

Authorities arrested a man in Atlanta who allegedly sought to attack the White House and other Washington D.C. landmarks. Hasher Jallal Taheb was arrested in Gwinnett County. Taheb appeared in court on Wednesday.

He had a plan to target the Washington Monument and Lincoln Memorial with explosives and weapons, according to NBC.