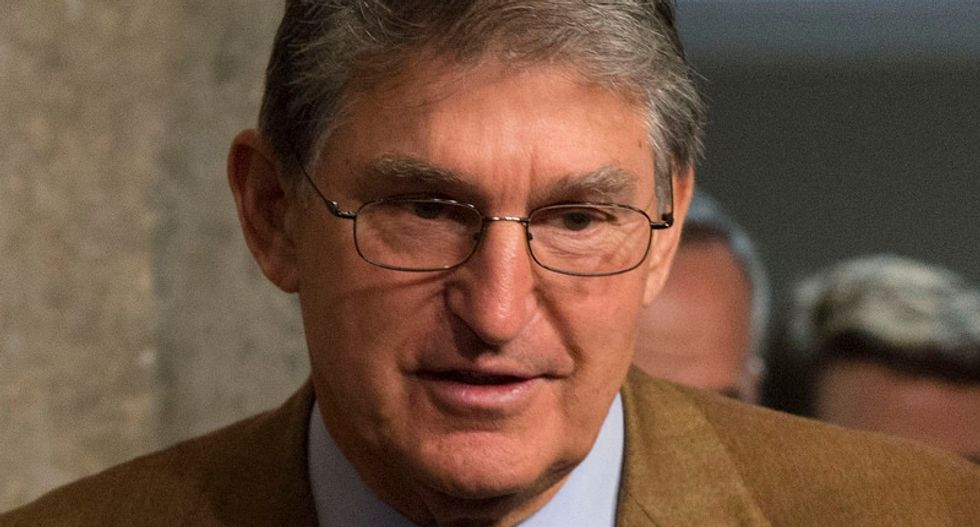 In his new tell-all book, “Team of Vipers: My 500 Extraordinary Days in the Trump White House,” Cliff Sims (a former White House assistant) recalls a conversation that President Donald Trump and Senate Majority Leader Mitch McConnell had about West Virginia Sen. Joe Manchin in 2017. Manchin is easily the most pro-Trump Democrat in the United States Senate, yet McConnell wanted to go after him as aggressively as possible. McConnell, Sims reveals, said of Manchin, “We’re going to crush him like a grape”—and according to Elaina Plott (a White House correspondent for The Atlantic and CNN contributor), Manchin responded to that anecdote with a package of grape jelly.

In a January 30 tweet, Plott posted, “Fun nugget: I’m told that yesterday, after Joe Manchin learned McConnell reportedly told Trump that Republicans would ‘crush him like a grape’ (via Cliff Sims’ book), Manchin dropped off a packet of grape jelly for McConnell on the Senate floor.”

Plott’s Twitter followers had some fun responding to her “nugget.” OrganicsBeBest posted that Manchin  “probably should have delivered him a dried up, crusty raisin. Grapes are too good for McConnell.” And digital marketer Steve Hall posted, “Finally a reason to like Joe Manchin, besides him just adding his count to the caucus.”

A Twitter user who goes by Ballark posted, “Hard to enjoy your ‘fun nugget’ as our democracy collapses.” But even that tweet was humorous: Ballark posted a video of Rachel Dratch portraying her hilarious Debbie Downer character on “Saturday Night Live.” One of Dratch’s most famous “SNL” characters, Downer was an unrepentant pessimist known for her gloom-and-doom outlook and fondness for discussing topics like war, pestilence and terminal illnesses.

Although McConnell was hoping to see Manchin voted out of the Senate in the 2018 midterms, that didn’t happen. Manchin was reelected, defeating GOP challenger Patrick Morrissey.