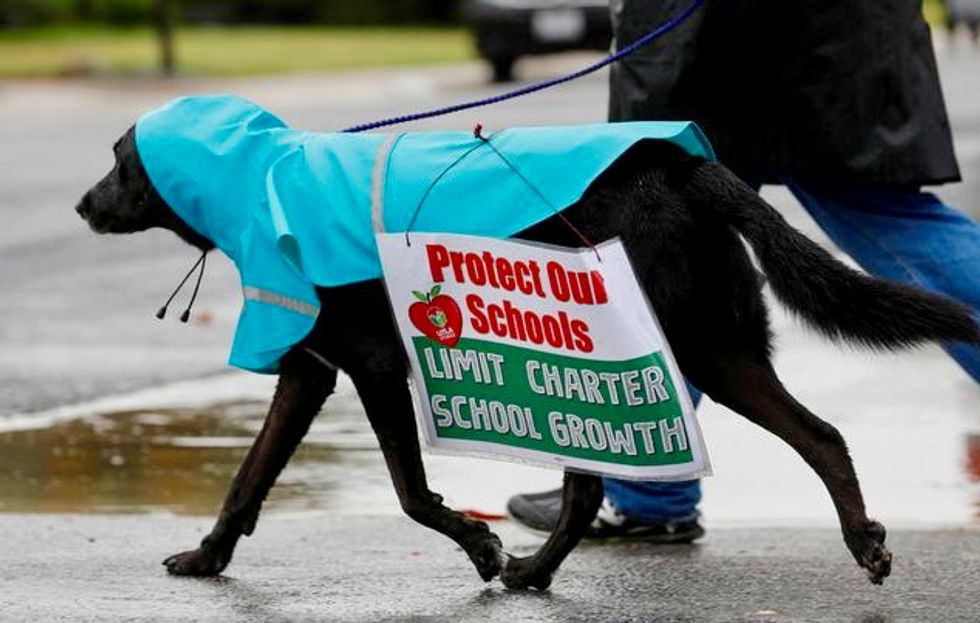 The Los Angeles school board voted on Tuesday to ask state lawmakers for a moratorium on new charter schools in the area, as demanded by a union for more than 30,000 teachers in a six-day strike that ended last week.

The 5-1 vote by the school board represented a dramatic shift for a panel on which at least half the members had previously supported charter schools, which are publicly funded but privately managed.

Charter schools operate in most of the United States with teachers who often are not represented by a union.

United Teachers Los Angeles (UTLA), the union for teachers in the district, argued during a strike that won widespread support from parents and prominent Democratic politicians that charter schools are a vehicle for “privatization” of education and divert resources from traditional classrooms.

School district officials agreed to allow a vote on a request for a moratorium on charter schools, as part of the labor agreement it reached a week ago with UTLA to end the teachers strike.

The panel’s approval of the motion, which also asks state officials to consider potential changes to California’s legislation on charter schools, ensures the battle over the future of new charter schools in the nation’s second-largest school district will move to the state capital of Sacramento.

Austin Beutner, superintendent of the Los Angeles Unified School District, said in a statement he supported the resolution.

“The charter law is decades old, and it makes sense to me to pause while experts – not advocates – study all of the issues and propose what adjustments, if any, might be appropriate to the law to provide a path for the next 20 years,” Beutner said.

Los Angeles Unified has about 150,000 students in charter schools, more than any other school district in the nation. The resolution will not affect the continued operation of the district’s 275 charter schools.

The district has about 500,000 other students in regular public schools.

Representatives for California Governor Gavin Newsom, a Democrat, and the state Department of Education could not be reached for comment.

Charter school students and other supporters of those institutions protested on Tuesday at LAUSD headquarters ahead of the school board vote.

“This resolution to ban charter schools is a solution in search of a problem,” Myrna Castrejón, president and CEO of the California Charter School Association, said in a statement.