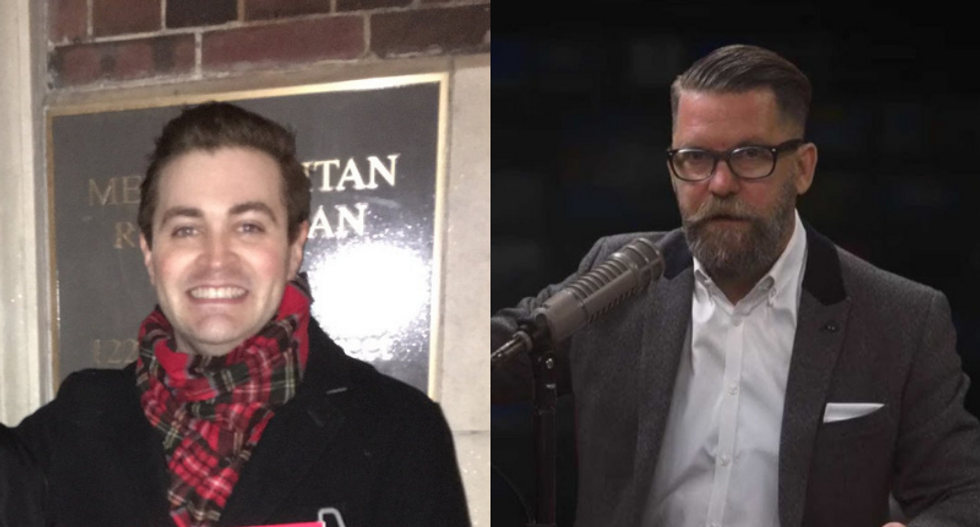 The GOP member who invited Proud Boys founder Gavin McInnes to New York City has won the presidency of the Metropolitan Republican Club.

Manhattan GOP congratulated member Ian Walsh Reilly, a young Republican associated with pro-Trump groups like Turning Point USA, after an election for the presidency on Wednesday.

Before the election was called for Reilly, reporter Zack Fink pointed out that the official was the person who invited McInnes to the Manhattan GOP's Metropolitan Club to give a speech — in which he "reenacted the assassination of Japanese socialist leader Otoya Yamaguchi on the anniversary of his death," the Spectator reported last year — the night that the Proud Boys engaged in a street brawl with anti-fascist protesters that resulted in multiple injuries and subsequent arrests.

It appears as though Ian Walsh Reilly is on his way toward winning the Presidency of the Metropolitan Republican Cl… https://t.co/DAhN1lDEay
— Zack Fink (@Zack Fink)1548965547.0

New York City Councilman Mark Levine pointed out that "the Trumpian takeover of the GOP is now so complete that an alt-right apologist for the bigoted Proud Boys just won the presidency of a Republican club in.... Manhattan."

The Trumpian takeover of the GOP is now so complete that an alt-right apologist for the bigoted Proud Boys just won… https://t.co/5psDbMK5aC
— Mark D. Levine (@Mark D. Levine)1548971108.0

Ahead of the election, the New York Times reported that Reilly was in a power struggle with the more traditional wing at the century-old Metropolitan Club — and was backed by disgraced alt-right provocateur Milo Yiannopoulos.

In a December post on his campaign profile page, Reilly claimed he wanted to reinstate Trumpism at the Metropolitan Club.

"After being driven from power in 2016," then-candidate Reilly wrote, "the anti-Trump forces of the Republican Establishment are reasserting themselves and plotting a takeover of the Metropolitan Republican Club.”

“It’s a larger example of what’s happening to the party nationally,” William F.B. O’Reilly, a political consultant and former Manhattan GOP president, told the Times. “If it can infect the Metropolitan Republican Club, it is now complete in its infection.”

(Correction: A previous version of this article incorrectly stated that Ian Walsh Reilly would become the new president of the Manhattan Republican Party.)