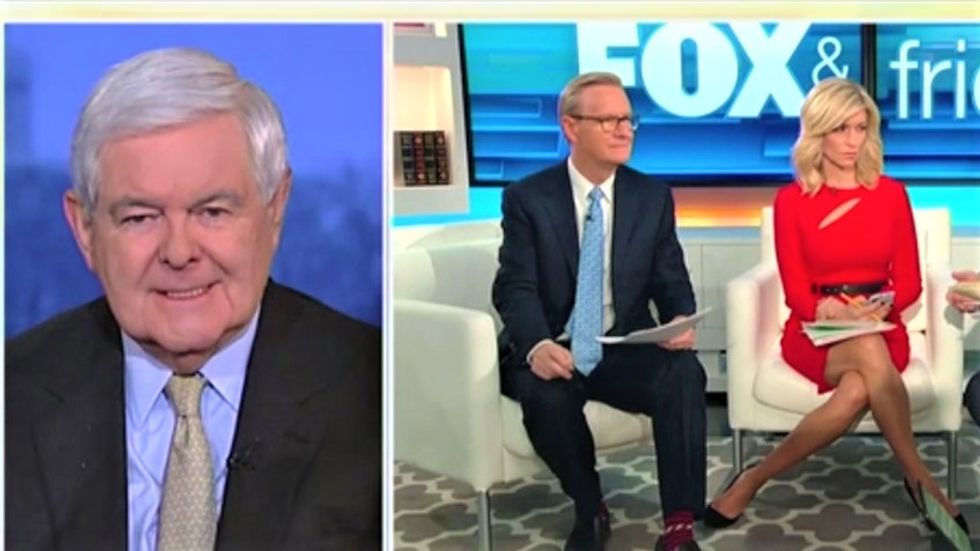 "The news media will take any possible negative about Trump and maximize with, whether it's true or not," he said. "This is an absurdity! Can you imagine any president of the United States being dumb enough to say to somebody, 'I'd like you to go over and lie to Congress.'"

In fact, the articles of impeachment written for former President Richard Nixon accused him of "approving, condoning, acquiescing in, and counselling witnesses with respect to the giving of false or misleading statements to lawfully authorized investigative officers and employees of the United States," which is the same thing Trump would be guilty of if BuzzFeed's report is accurate.

Kilmeade then asked Gingrich if his opinion of the story would change if law enforcement officials could produce emails and text messages corroborating the accusations against Trump.

"Text messages from who?" Gingrich asked incredulously. "Is it from Trump or is it from Cohen being wildly delusional?"