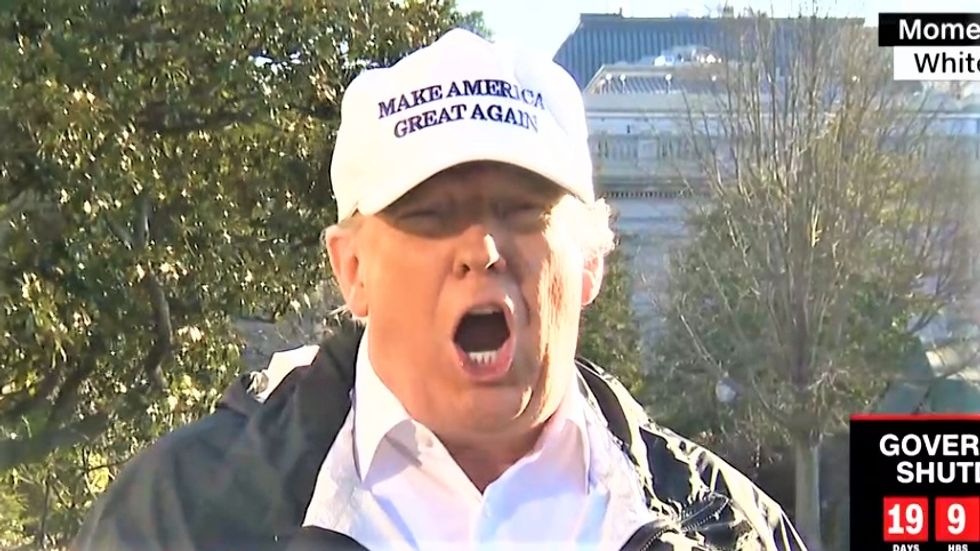 One particularly disturbing trend, claim Starr's sources, has been a seeming obsession with plans to go to war with Iran.

"Pentagon officials have also been unnerved by requests from the White House National Security Council, which continues to ask the Pentagon for options to attack Iran," Starr writes. "Military planners CNN has spoken to say these requests are concerning since there is no real understanding of how Iran might react -- or exactly what military objective the Trump Administration is trying to achieve."

Starr describes anxiety about getting dragged into a war with Iran as "the ultimate worry" among Pentagon officials at the moment.

Trump national security adviser John Bolton has long had an obsession with attacking Iran, and he even wrote an editorial for the New York Times arguing that the United States should bomb Iran to make it give up its nuclear program.

"The inconvenient truth is that only military action like Israel’s 1981 attack on Saddam Hussein’s Osirak reactor in Iraq or its 2007 destruction of a Syrian reactor, designed and built by North Korea, can accomplish what is required," Bolton wrote in 2015. "Time is terribly short, but a strike can still succeed."