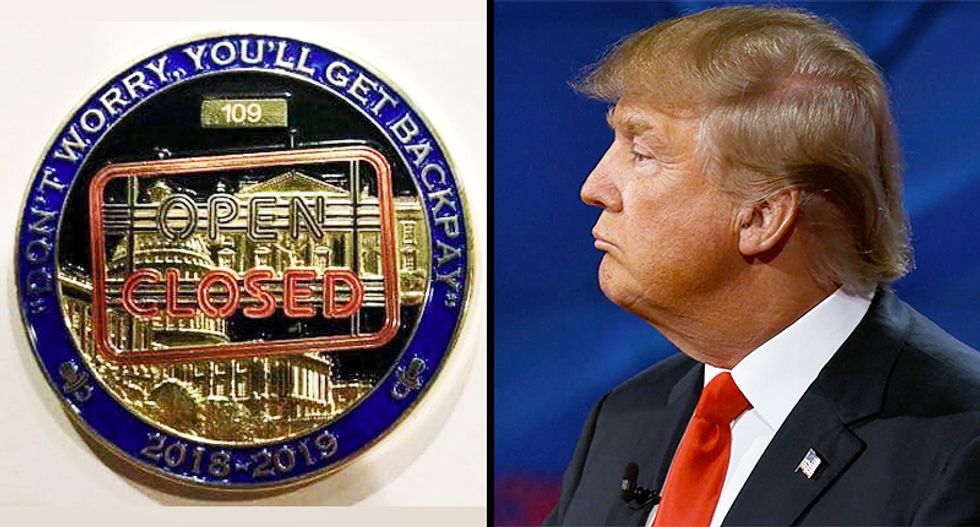 "Photos of special challenge coins being distributed among Secret Service personnel and their families, expressing frustration at the requirement they work without pay because of the government shutdown," Tapper tweeted.

Challenge coins are small medallions showing an organization's logo or motto and are meant to improve morale. They are often given to service members in the armed forces and law enforcement.

The first one features the term "essential personnel," which refers to a governmental designation that a worker must report for duty without being paid. It also appears to include the phrase, 'sh*t happens."

The second challenge coin features a "closed" sign over the U.S. Capitol and Supreme Court building.