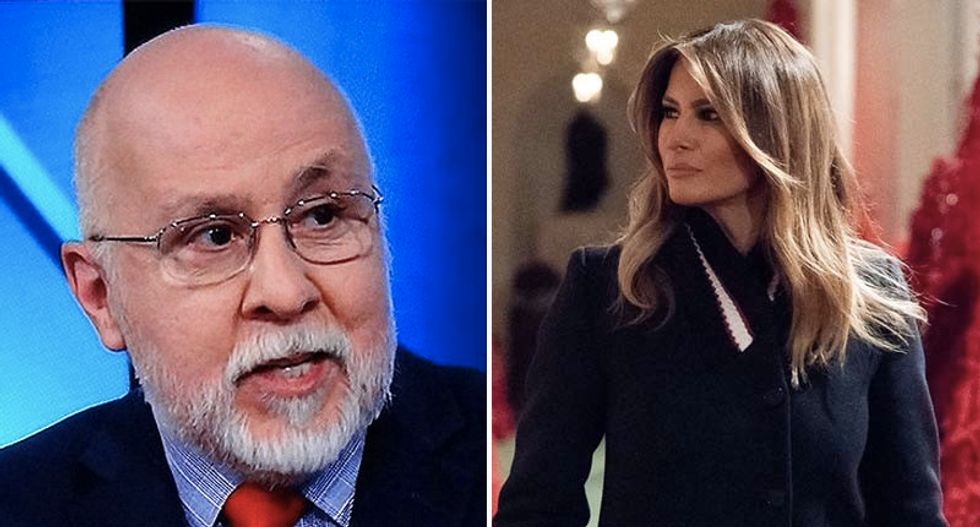 Researcher and biographer Michael D'Antonio is one of the definitive experts on President Donald Trump and those that surround him. In a CNN op-ed, the writer noted the first lady promoted her work on the second anniversary of her husband's term in the White House. She launched the anti-bullying campaign in the first year of the Trump administration, calling it "Be Best."

"Our work in the East wing continues into 2019 with online safety, fighting opioid abuse & supporting the well-being of children everywhere! #BeBest," she tweeted.

It prompted a backlash by those online, pointing to those the White House continues to harm.

"Except for the brown ones at the border," replied one person. "Keep children in the best cages?" asked another.

D'Antonio called the mockery "well-deserved" after years of bullying from her husband.

"The most tragic examples of President Trump's anti-child agenda involve those who turned to America for salvation and were met, instead, by trauma and death," he wrote for CNN. "Thousands of asylum-seeking children who traveled to the southern border have been separated from their parents and locked-up in fenced-in enclosures and camps. With experts warning of lifelong consequences, the practice continued. Authorities reported more than 2,700 separations, but recently admitted that thousands more may have been locked away."

Then there are the two children who died in U.S. custody. Seven-year-old Jakelin Caal and 8-year-old Felipe Gomez Alonzo survived the journey to the United States, but when they stepped onto American soil, things took a turn for the worse. Meanwhile, parents are still counseling their children, terrified that they'll be taken from their families again.

"If the detention center deaths were a predictable consequence of bad policy and inept administration, the continued suffering of a Syrian teen blocked from getting medical care in the US is a case of knowing and intentional cruelty inflicted moment-by-moment," he continued. "The 16-year-old Syrian girl named Marwa was disfigured when a bomb struck her home."

Marwa is in Germany but the president won't allow her to come to the United States for the surgery in Boston because she's from Syria, which is on his travel ban list.

She isn't the only one. A 7-year-old Somali boy, whose mother lives in the U.S. was barred from entering the country even though his father had died. Finally, a Yemeni mom was allowed to come into the U.S. to say goodbye to her dying child. The moment came "only after international celebrities took up her cause," D'Antonio noted. "Those who seek waivers without celebrity assistance suffer a 98 percent rejection rate."

Presumably, this isn't what the first lady means by "Be Best."

"The tragic irony of mercy granted on the basis of celebrity seems a fitting illustration of the Trump era," continued D'Antonio.

He argued that if Mrs. Trump wants to do something to help children, she could speak to Agriculture Sec. Sonny Perdue about his new decision to feed school children more processed food with fewer fruits and vegetables. She could also advocate that parents inoculate their children against disease with vaccines. Decades after measles was eradicated, outbreaks have resurfaced in Washington State and New York.

The possibilities are endless, according to D'Antonio. Instead, it's unclear what exactly "Be Best" means and how the first lady is helping children.

Read his full op-ed at CNN.com.