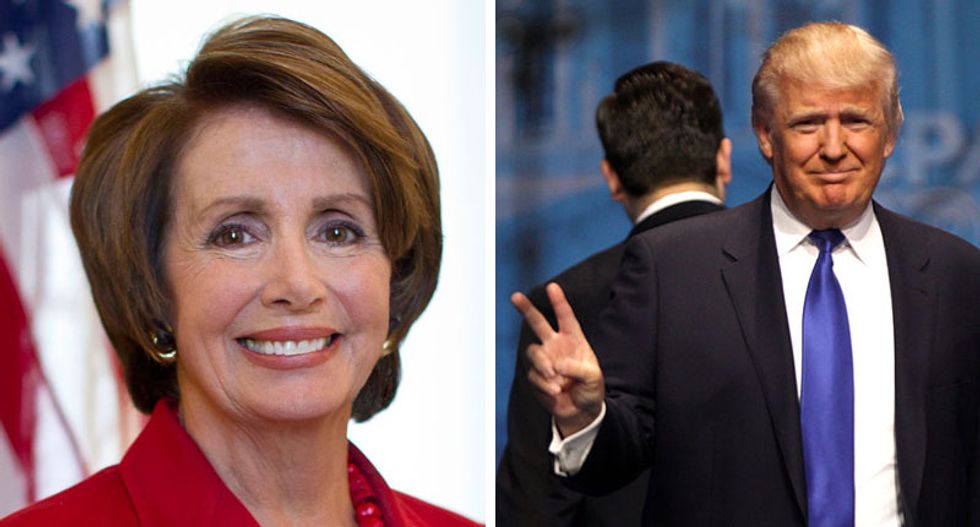 Speaker Nancy Pelosi has called President Donald Trump's wall that he campaigned on "immoral." This wall, Trump said, would stretch from sea to shining sea and be concrete. Trump has now changed his tune since it became obvious there is no possible way anyone will ever let him build such a wall.

Now the president is conflating a fence with that once-concrete wall in his attacks on Pelosi.

"If Nancy Pelosi thinks that Walls are 'immoral,' why isn’t she requesting that we take down all of the existing Walls between the U.S. and Mexico, even the new ones just built in San Diego at their very strong urging. Let millions of unchecked 'strangers' just flow into the U.S.," Trump tweeted.

Again, there are no massive, concrete walls on the border, only fences or metal slats. It's unclear if Trump's new campaign is pretending the two are the same.