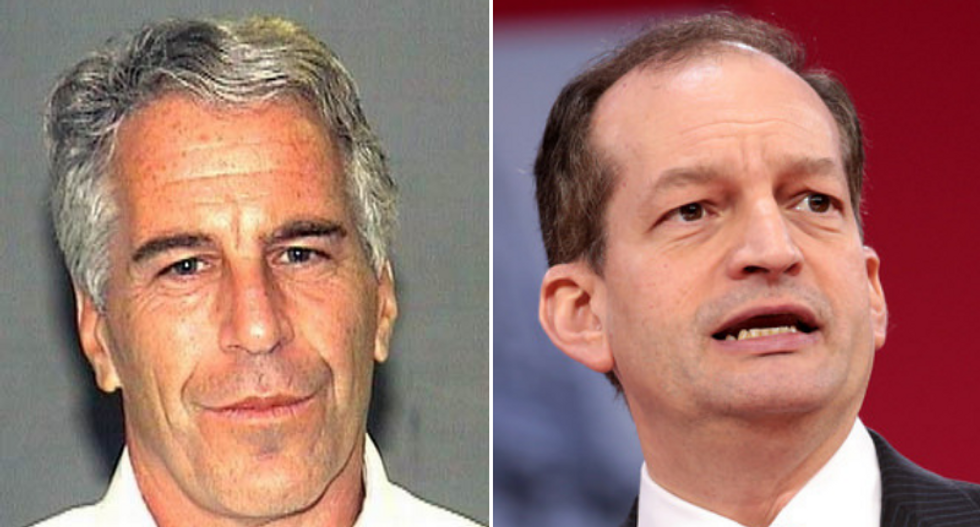 Labor Secretary Alexander Acosta may soon be under investigation for his role in a plea deal taken by accused sex offender Jeffrey Epstein.

Bloomberg Law reported that Justice Department Inspector General Michael Horowitz wrote a letter to lawmakers on Tuesday asking them to grant him authority to look into potential wrongdoing in the Epstein case when Acosta was a prosecutor in South Florida.

During his time as a federal prosecutor, Acosta reached a plea deal with the Miami hedge funder and alleged sex offender "which allowed Epstein to avoid federal sex trafficking charges" and instead spend 13 months in prison on lesser charges, Bloomberg Law reported.

The inspector general wrote the letter to the Senate after lawmakers called on him to probe the plea deal following a November Miami Herald article renewed scrutiny on Epstein, who has also been linked to President Donald Trump.

Horowitz is now calling on the Senate "to take up a bill recently passed by the House, which he said would give him the authority to investigate alleged prosecutorial misconduct," the report noted.

Epstein has been accused of running a "cult-like network of underage girls, which he recruited with the help of his victims and other teenage girls," Raw Story reported in November after the Herald published its bombshell investigation.