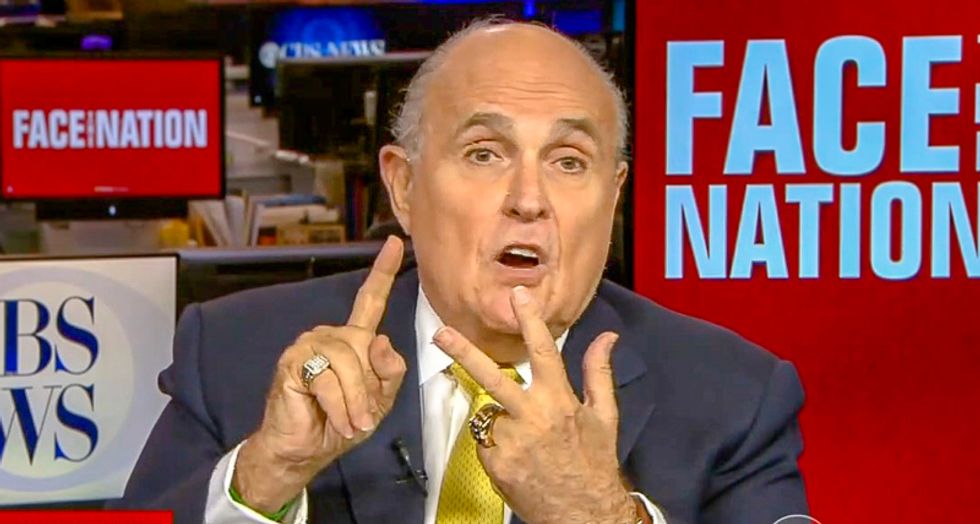 On the thirty-second day of President Donald Trump's shutdown, multiple White House aides have been tasked with cleaning up Rudy Giuliani's public statements, an official admitted to Politico on Tuesday.

Nonessential White House staff have been furloughed during the shutdown.

"Desks of some furloughed employees, whose job can include such drudgeries as helping their bosses work the copy machine, sit empty in the West Wing," The New York Times reported.

Multiple remaining employees have, however, have been assigned to overseeing Giuliani. The former mayor of New York City is not a federal employee, but is serving as Trump's TV defense attorney.

Politico asked an aide who was responsible for Giuliani's missteps.