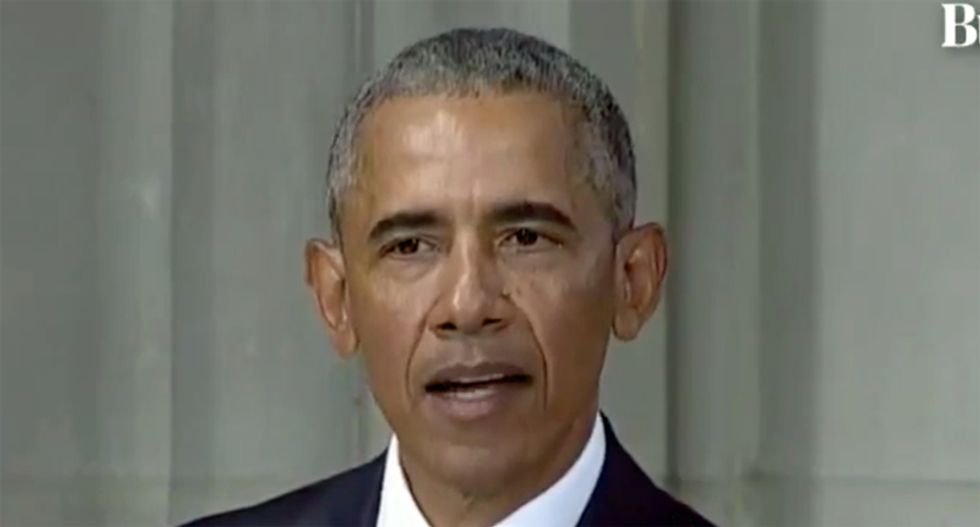 “I called the president about a month ago and just talked to him about his thoughts of candidacy,” Brown, 66, said.

Brown, who is weighing whether to mount a campaign for his party’s nomination to challenge President Donald Trump, said he did not ask the former president whether he should launch a campaign.

But Obama spoke about what it was like to be a candidate.

“I think he encourages anyone who talks to him - so in no way am I implying pushing me, pulling me, stopping me or encouraging me,” Brown told Reuters after the Hampton, New Hampshire event. “It was a good talk; he was generous with his time.”

The field of Democratic hopefuls is rapidly expanding. As many as two dozen Democrats could ultimately launch campaigns, a race that is expected to pit the liberal wing of the party against moderates.

Brown is spending the weekend in New Hampshire, a state that holds the second presidential primary contest in 2020 and plays an outsized role in picking the nominee.

While he has not launched a presidential campaign, Brown has branded his visit to key political states the “Dignity of Work” tour. He is focusing on issues like wages, union organization and paid family leave.

As a senator from the key political state of Ohio, Brown is seen as a potentially formidable opponent to Trump. Brown was reelected in 2018 with a larger percentage than Trump received there in 2016, thanks to his ability to connect with middle-class voters.

Brown said he thinks he can be both progressive and willing to connect with working voters.

“You either choose to talk to the progressive base or you talk to working families and listen to issues that matter to them, but I don’t think it’s a choice. I think you can do both,” he said.