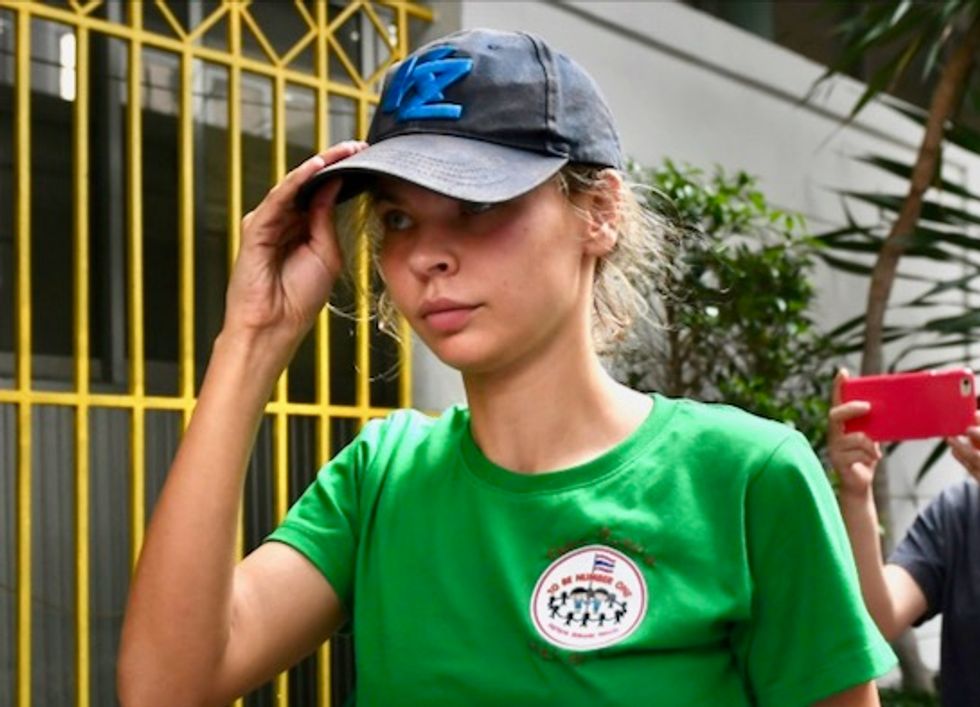 A Belarusian model says she handed over potentially incriminating evidence to a Russian oligarch implicated in the recordings.

Anastasia Vashukevich has claimed to have 16 hours of audio and video showing billionaire businessman Oleg Deripaska talking about Russian interference in the 2016 U.S. presidential election.

But she told the Associated Press on Friday that she had turned over the evidence to Deripaska, who she says had been a client when she worked as an escort.

Vashukevich told the AP she gave the evidence to Deripaska, who has close ties to Russian president Vladimir Putin, because it "relates to him," and added that she "did not want any more trouble."

She had been arrested and imprisoned in Thailand since last February on solicitation of sex charges, and Vashukevich also says she made up her claims about the recordings in hopes of securing her release.

"I think it saved my life, how can I regret it?" Vashukevich told CNN. "If journalists had not come at that time and that story had not come to the newspapers, maybe I would die [be dead by] now."

Vashukevich said she was instructed by Russian security services not to talk about Deripaska, a former business associate of former Trump campaign chairman Paul Manafort.

"I had some talk when I was in Russian jail," said Vashukevich, who was returned to Russia from Thailand. "And they explained to me very clear(ly) what should I do, what should I say and what I shouldn't say."

"Russian agents," she said. "They said to me, 'Don't touch Oleg Deripaska anymore.'"