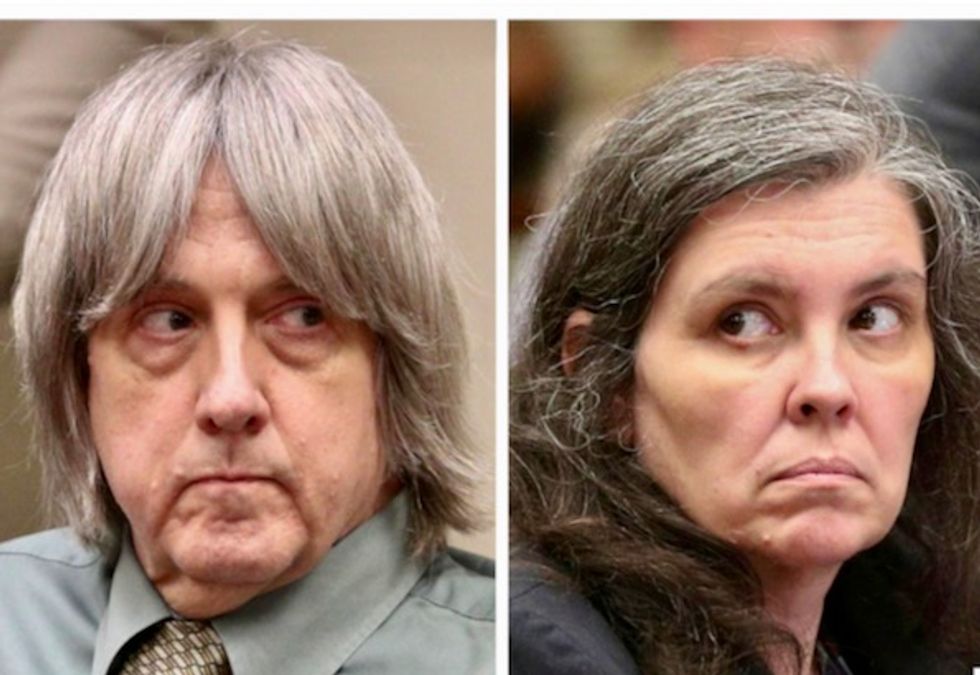 A Southern California couple accused of beating, shackling and starving their 13 children held captive in the family’s home pleaded guilty on Friday to multiple charges including torture, child abuse and false imprisonment.

David Turpin, 57, and his wife Louise Turpin, 50, who were arraigned in Riverside County Superior Court, made the plea as part of a deal with prosecutors to serve sentences of 25 years to life in prison, Riverside County District Attorney Michael Hestrin said.

They will not go to trial and will serve life sentences, unless granted parole after 25 years imprisonment, for crimes that convulsed their suburban, palm-tree-lined community of Perris.

“This is among the worst, most aggravated child abuse cases I have ever seen,” Hestrin told a televised press conference.

The couple initially pleaded not guilty to the charges. Their lawyers did not immediately respond to requests for comment.

Sheriff’s deputies raided the Turpins’ home in Perris, about 70 miles east of Los Angeles, in January 2018 after one of the captive siblings, an emaciated 17-year-old girl, escaped through the window of the dwelling and called authorities. Deputies found the girl’s 12 brothers and sisters - ranging in age from 2 to 29 - trapped inside the darkened, foul-smelling house, some of them chained to beds.

The siblings, found to be suffering from malnourishment, muscle wasting, stunted growth and other signs of severe abuse, were taken into protective custody, and the parents were arrested.

Prosecutors said the victims had been denied proper nutrition, basic hygiene and medical care and were harshly punished for perceived infractions such as wasting water by washing their hands above the wrist. The couple also were accused of taunting their children with pies and other food that they were forbidden to eat.

David Turpin’s parents, James and Betty Turpin of West Virginia, have said in media interviews that their son and daughter-in-law were a deeply religious couple who home-schooled their children and required them to memorize Bible scripture.

The children, whose ages now range from 3 to 30, are in the care of child and adult protection agencies.