Cohen's explosive congressional testimony shows how much Mueller still has up his sleeve: national security expert 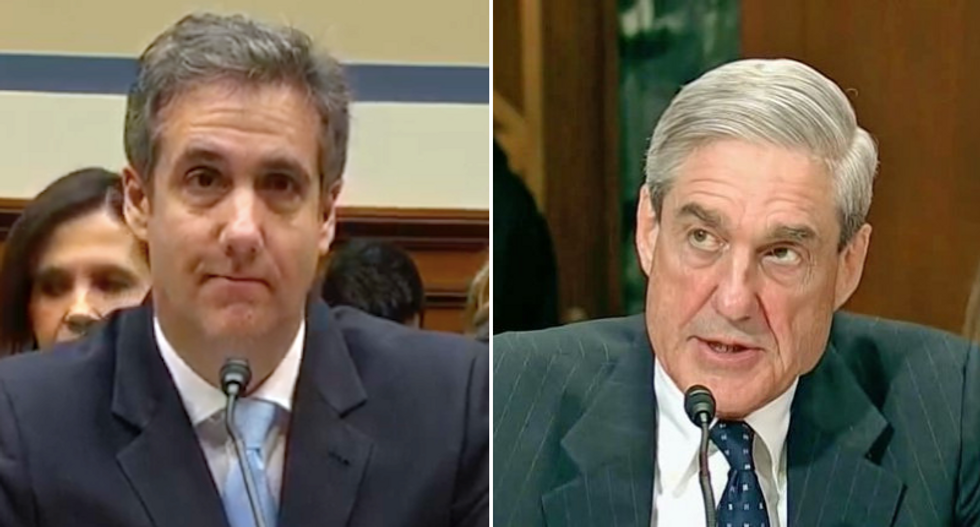 Cohen's opening statement to Congress contains within it "a testament to how much critical information the special counsel, Robert Mueller, has kept hidden even in the most provocative of his 'speaking indictments,'" independent reporter Marcy Wheeler wrote in a New York Times op-ed.

Key details from Cohen's opening statement, including that he overheard Roger Stone telling then-candidate Donald Trump about the WikiLeaks' DNC hack and heard the candidate respond that it would be "great," went unmentioned in any of Mueller's detail-heavy charging documents, Wheeler noted.

"Even after months of investigation and voluminous indictments and sentencing memos, he’s still hiding events that lie at the core of his investigative mandate — events that involve the president directly," she wrote.

Mueller, Wheeler argued, has provided much more detail than was necessary in almost all of his team's charging documents and in doing so, provided an outline of what his investigators had found.

Nevertheless, Cohen's revelation of Stone's "heads-up" to Trump (and the president's "enthusiastic response) were not mentioned in any of the special counsel's indictments.

The newly-disbarred attorney's congressional testimony suggests that Stone "was learning of WikiLeaks’ plans in the same time frame as the [Russian intelligence firm GRU and its operative, Guccifer 2.0] learned them."

"As Mr. Cohen’s testimony illustrates, Mr. Mueller has been hiding examples where Mr. Trump did applaud the conspiracy," Wheeler wrote. "If Mr. Mueller is hiding similar examples, it suggests that whatever he plans to release in a report may have some unanticipated bombshells."