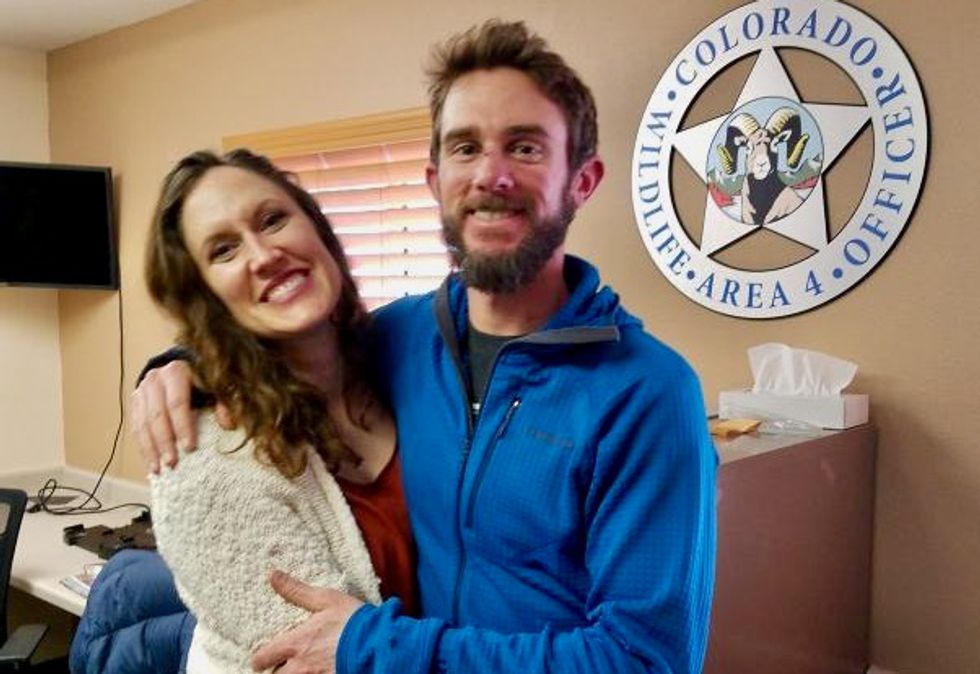 A 31-year-old man who fended off and suffocated a mountain lion when it attacked him on a Colorado jogging trail last week described on Thursday how he killed the big cat by stepping on its throat during a life-and-death struggle.

Speaking for the first time publicly since the Feb. 4 incident that left him with still-visible lacerations on his neck and face, Travis Kauffman described for reporters the harrowing three-minute encounter.

Kauffman said he was running at the Horsetooth Mountain Open Space, about 65 miles northwest of Denver, when he heard pine needles rustling and turned his head only to come face-to-face with a young cougar.

“I was bummed out to see a mountain lion,” he said at a news conference in Fort Collins, Colorado, where the environmental consultant lives with his girlfriend.

Kauffman raised his arms and shouted at the cougar, but it pounced and locked its jaw on his right wrist and clawed at his face. His attempts to halt the attack by stabbing the predator with sticks and hitting it on the head with a rock were to no avail.

Ultimately, he was able to pin the cougar down and put his foot on its neck and choke it until it stopped thrashing. He worried during the struggle that another cougar would come along and join the tussle.

“My fear response turned into more of a fight response,” he said.

Mountain lions, also known as pumas or panthers, are native to the Americas and their range extends from the Canadian Yukon to the tip of South America, according to the National Wildlife Federation.

Cougar attacks on humans are rare, however, with fewer than 20 reported fatalities in North America over the last 100 years, according to the Colorado Parks and Wildlife website.

There are between 4,500 and 5,500 mountain lions in Colorado, and since 1990 the state has seen 16 people injured and three killed from mountain lion attacks, the agency said.

Kauffman, who is 5-feet-10 inches tall and weighs about 155 pounds, said he had “zero” martial arts or wrestling training, and acted purely on adrenaline.

“The decisions were pretty instinctual,” he added.

The wounds to his face, neck, wrist and legs required more than 20 stitches. Kauffman admitted that he was lucky to survive the attack without any permanent injuries.

“I should go buy a bunch of lottery tickets,” he said.