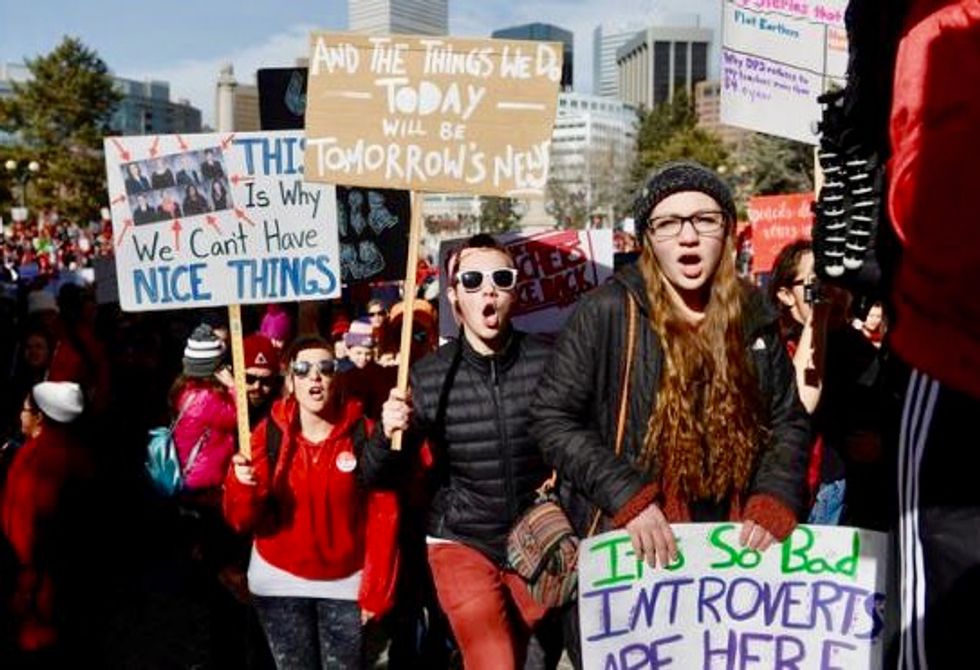 Denver teachers and school district officials reached an agreement early on Thursday after an all-night bargaining session to end a strike that disrupted classes for 92,000 students this week, the union said.

Although the agreement must be ratified by a majority of its members to take effect, teachers may return to classes as early as Thursday, the union said in a statement issued before the start of the school day.

“This agreement is a win, plain and simple: for our students; for our educators; and for our communities,” Denver Classroom Teachers Association President (DCTA) Henry Roman, an elementary school teacher, said in the statement.

The marathon negotiating session, which began on Wednesday morning, ended with a deal that overhauls a pay system, known as ProComp, that teachers and the Denver Public Schools district had criticized as unpredictable, the union said.

“We’re pleased to share that DPS and the DCTA reached a tentative agreement on a new ProComp contract at about 6 a.m. on Thursday after negotiating through the night,” the school district said in a statement on Twitter and Facebook, using the acronym for Denver Public Schools.

All 207 Denver public schools will hold classes on Thursday, except prekindergarten, the district said. Schools have been staffed by substitute teachers and administrators throughout the strike.

The walkout, the first teachers’ strike in Colorado’s largest city since 1994, began on Monday after 15 months of contract talks broke down.

It followed a wave of teacher walkouts in Arizona, Kentucky, Oklahoma and West Virginia last year and a six-day strike in Los Angeles that was settled last month.

The tentative agreement includes base pay increases of between 7 percent and 11 percent on a salary schedule that has 20 pay steps, along with cost of living increases in the second and third years of the agreement, the union said. More details will be posted later, it said.

ProComp, or Professional Compensation, had been criticized by the union, as well as by schools Superintendent Anna Cordova, as offering unpredictable bonuses based on shifting criteria and resources. As a result, the union said many teachers were leaving Denver because their compensation failed to keep pace with the city’s cost of living.

Both sides pledged to work more collaboratively throughout the term of the contract.

“This is actually the kind of conversation that we should be having all the time,” Cordova said on Wednesday during negotiations that were livestreamed over the internet in a highly unusual move.

Reporting and writing by Peter Szekely in New York and Keith Coffman in Denver; additional reporting by Rich McKay in Atlanta; editing by Bernadette Baum and Jonathan Oatis