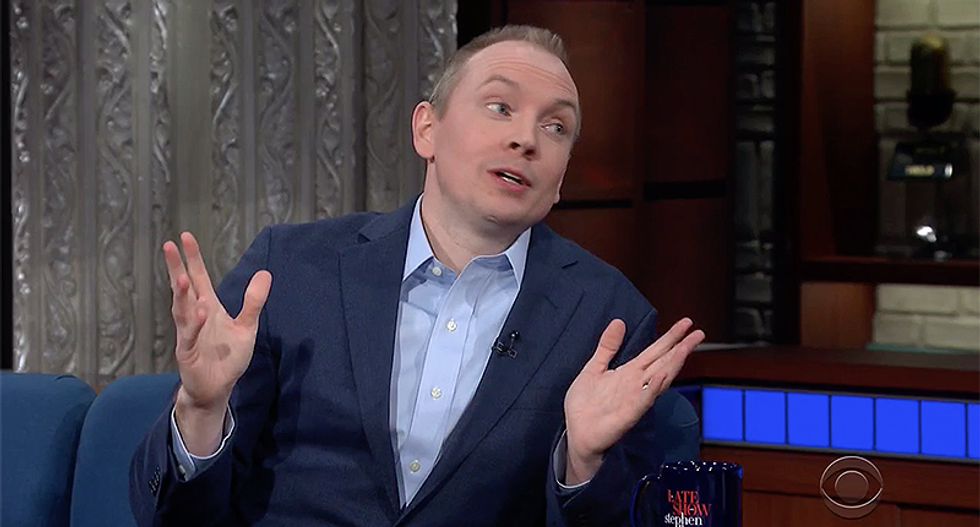 Sims claims that Trump is attempting to take away his first amendment rights.

"Mr. Sims was a White House aide from the beginning of the administration. But it was the campaign organization that filed an arbitration claim against him last week, accusing him of violating the nondisclosure agreement he signed with it during the 2016 presidential race with the publication of his book, 'Team of Vipers', last month," The New York Times reported.

According to The Times, the lawsuit claims that Trump is "seeking to impose civil liability against Mr. Sims through the application of NDAs that apply to information Mr. Sims learned solely during his federal service.”

Mitch McConnell 'must be having that sinking feeling again' -- here's why

Discussing polls that show that Donald Trump-backed J.D. Vance's U.S. Senate campaign is flailing in Ohio -- and Dr. Mehmet Oz is having similar problems in Pennsylvania -- "Morning Joe" host Joe Scarborough suggested Senate Minority Leader Mitch McConnell (R-KY) must be beside himself at the prospect that he won't take control of the Senate in November in large part because of Trump's influence in the primaries.

With co-host Mika Brzezinski pointing out that Vance is now trailing Rep. Tim Ryan (D) 49-38 percent in the most recent polling for a seat currently held by Republicans, Scarborough said GOP hopes of reclaiming both chambers of Congress are rapidly fading.

Mick Mulvaney reveals what he told Jan. 6 committee about Trump

Mick Mulvaney, who served as Trump's acting chief of staff from January 2019 until March 2020, has consistently defended the House Select Committee against partisan attacks, saying that Republicans should view the hearings and keep an open mind about the findings -- and he described his own experience testifying before the panel in an op-ed published by the Charlotte Observer.

Stem cell scientists say they have created "synthetic embryos" without using sperm, eggs or fertilization for the first time, but the prospect of using such a technique to grow human organs for transplantation remains distant.

The breakthrough was hailed as a major step forward, though some experts said the result could not fully be considered to be embryos and warned of future ethical considerations.