Fox & Friends host says he hasn't washed hands in 10 years: 'Germs are not a real thing -- I can’t see them' 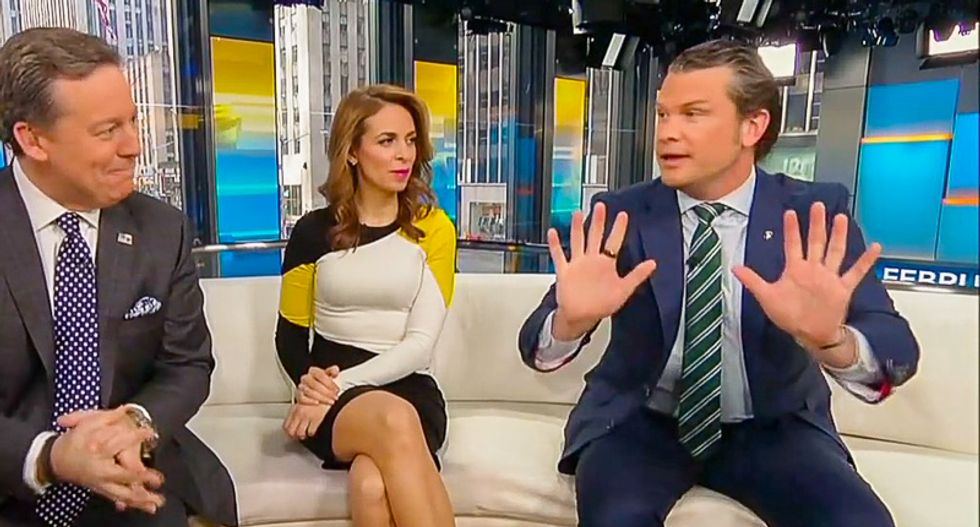 Fox News host Pete Hegseth explained on Sunday that he doesn't wash his hands because "germs are not a real thing."

Following a commercial break, Fox & Friends co-host Jedediah Bila revealed that Hegseth had been munching on day-old pizza that was left on the set.

"Pizza Hut lasts for a long time," Hegseth replied, defending himself. "My 2019 resolution is to say things on air that I say off air. I don't think I've washed my hands for 10 years. Really, I don't really wash my hands ever."

"I inoculate myself," he continued. "Germs are not a real thing. I can't see them. Therefore, they're not real."

Hegseth argued that his unsanitary habit leaves him immune to sickness.

"These hands look pretty clean to me," he remarked.