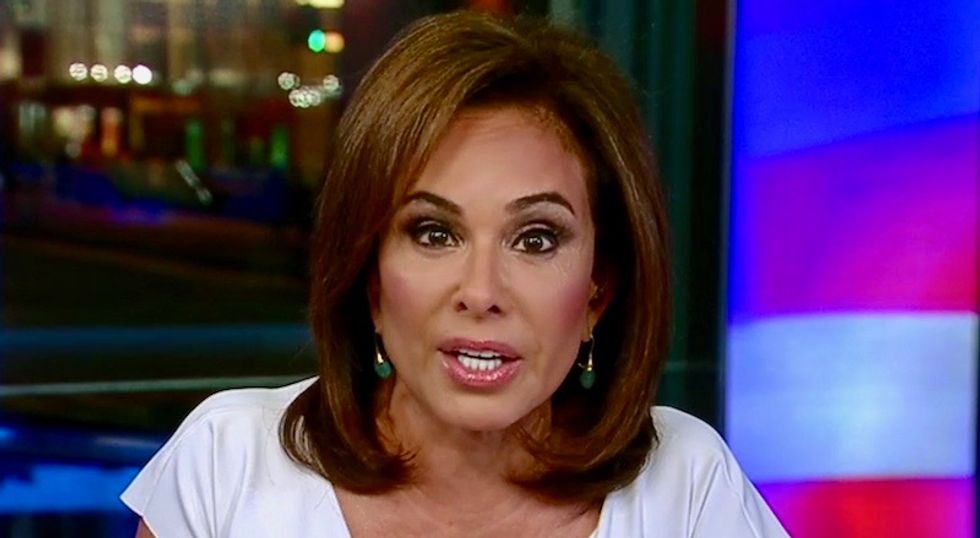 Fox Business personality Jeanine Pirro still owes vendors $600,000 from her failed bid to unseat Hillary Clinton in the Senate in 2006 — and has no plans to repay them.

The Daily Beast reported Friday that an attorney for Pirro, in a Federal Election Commission filing, cited a New York statute of limitations to explain why the "judge" is not going to repay the hundreds of thousands of dollars she owes.

That money is "not collectible," Pirro's attorney said in the filing, due to a six-year statute of limitations on contract debts in New York state.

"The FEC generally requires that campaigns work out debt-forgiveness plans with their creditors if they want to settle debts at a discount in order to terminate their campaigns," the report noted, adding that a spokesperson for Pirro's campaign said they attempted to set up such a plan "many years ago."

Though Pirro dropped out of the race to unseat then-Sen. Hillary Clinton (D-NY) in 2006 after only a few months, her campaign remains active in 2019 — and, as the report noted, "was still writing checks to Bruce Bellmare, its treasurer and an attorney at the law offices of Pirro’s husband."

Belmare got two checks from the campaign "for accounting and legal services" that totaled $8,285 in 2017, the report added.