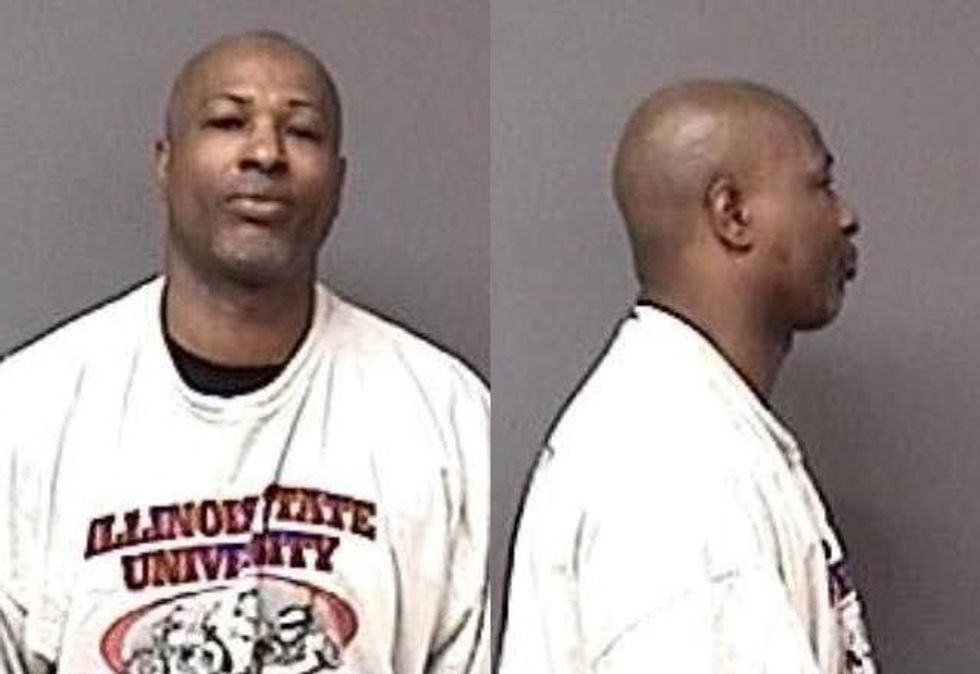 The gunman who killed five co-workers and wounded five policemen at an Illinois factory was a violent felon who nevertheless obtained a state permit to buy a firearm despite being legally barred from owning one, authorities said on Saturday.

Gary Martin, 45, who carried his pistol to work on Friday apparently suspecting he faced dismissal from his job, opened fire after being told of his termination in a meeting at the Henry Pratt Company plant in Aurora, Illinois, about 40 miles (64 km) west of Chicago, police said.

The dead included the plant manager, a human resources supervisor, a human resources intern and two other workers. A sixth employee and five police officers responding to the scene were wounded, and the gunman himself was slain about 90 minutes later in a gunfight with police who stormed the building.

Despite his criminal history, the weapon was lawfully sold to Martin two months after he was issued a state Firearm Owners Identification, or FOID card, a document used to designate people eligible to own and buy guns.

To apply, Illinois residents need only furnish a valid driver’s license, a recent photo and $10 fee. State police then have 30 days to approve or deny the application.

Ziman said Martin’s 1995 conviction for aggravated assault in Mississippi, which reportedly involved the bludgeoning and stabbing of a girlfriend, “would not necessarily have shown up on a criminal background check conducted for the FOID card.”

The conviction came to light only after his gun purchase, when Martin applied for a concealed-carry permit requiring him to undergo fingerprinting in a more extensive screening process, Ziman said.

“The fact remains that some disgruntled person walked in and had access to a firearm that he shouldn’t have had access to,” she said at the news conference. “I don’t want to make it political. This is a human issue.”

Police are seeking to learn why Martin was not forced to surrender his gun once his felony conviction was revealed. Ziman said disclosure of his conviction should have triggered a revocation of his FOID card, generating a letter instructing him to relinquish his weapon and permit to law enforcement.

The chief said records indicate such a letter was sent, and “we’re looking into whether we followed up on that.”

In addition to the 1995 assault conviction, Martin had several prior arrests in Illinois, including for suspicion of domestic violence and criminal damage to property.

The apparent background check lapse was likely to draw renewed scrutiny to a system that allowed a gun merchant to sell a weapon to a convicted felon who was legally barred from possessing one.

Friday’s bloodshed marked the latest spasm of gun violence in a nation where mass shootings have become almost commonplace, and came a day after the first anniversary of the massacre of 17 people by a gunman at Marjory Stoneman Douglas High School in Parkland, Florida.

The siege in Illinois unfolded over an hour and a half, although the gunman’s victims, including the wounded policemen, were struck by gunfire in the first several minutes, police said.

Officers eventually found Martin in a machine shop at the back of the 30,000-square foot (2,800-square meter) building, and he died after a short gunfight.

The plant, which manufactures water distribution products and operates as a factory and warehouse, employs about 200 workers in a working-class district of Aurora, the second-largest city in Illinois.

Hall said Martin had been subject to disciplinary actions and that he was ultimately fired for a “culmination of workplace violations.” He declined to elaborate.

Among the victims were Trevor Wehner, a human resources intern who was spending his first day at the company when he was fatally shot, police and a family friend said.

Authorities identified the other workers killed as Josh Pinkard, the plant manager; Clayton Parks, the human resources manager; Russell Beyer, a mold operator and union chairman; and Vicente Juarez, a stock room attendant and fork lift operator. Their ages were not given.

A sixth employee wounded in the shooting was expected to survive, as were the five policeman struck by gunfire. At least two of them remained hospitalized on Saturday in stable condition, Ziman said.

Neighbors of Martin, who lived in an apartment in Aurora, described him as a quiet man whom they often saw operating a remote control car and a drone.