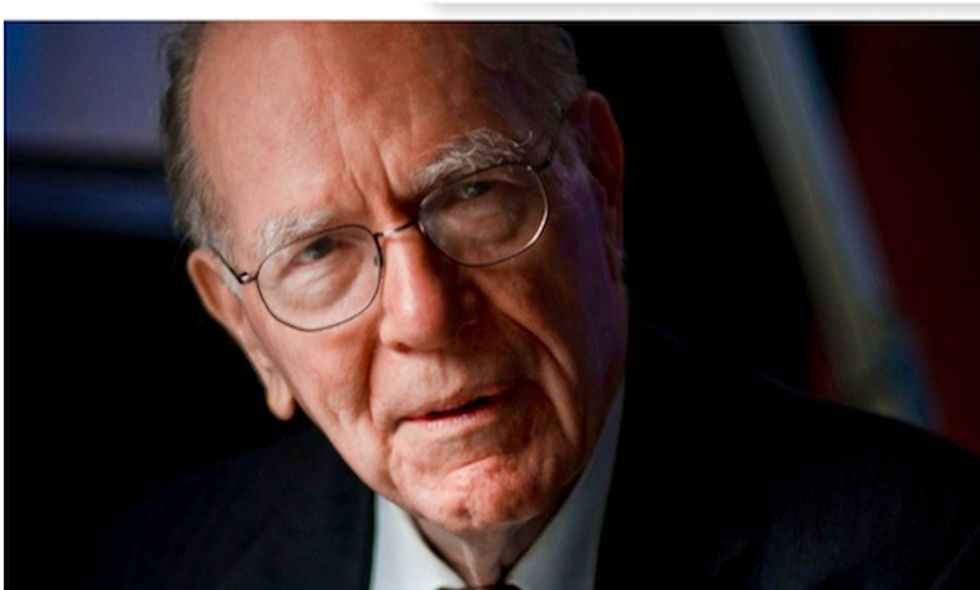 Lyndon LaRouche, a fringe political figure who fueled his eight presidential campaigns with conspiracies involving Queen Elizabeth, AIDS and communist spies before going to prison for swindling his supporters, died on Tuesday at the age of 96, his political organization said.

LaRouchePAC did not say the place or cause of his death, in a statement released on Wednesday, and did not immediately respond to a request for those details.

LaRouche, an economist, lived on an estate in Leesburg, Virginia, about 40 miles (65 km) outside Washington, D.C., amid much secrecy and security, which he said was necessary because of the high likelihood of assassination.

The bombastic LaRouche made his eight bids for the presidency between 1976 and 2004 — including once from prison — but never drew more than 80,000 votes, the Washington Post said.

Disaffected followers told the Post his organization was a cult-like operation that demanded “sycophantic obedience” and even required married couples to inform on each other.

He said the Sept. 11, 2001, attacks on the United States actually were a coup attempt by the U.S. military, not the work of al Qaeda. He blamed the spread of AIDS on the International Monetary Fund and said Queen Elizabeth was part of the international drug trade. Former vice president Walter Mondale and former secretary of state Henry Kissinger were tagged as communist spies, and LaRouche said Donald Regan, a Reagan administration insider, was guilty of laundering drug money.

LaRouche described President George W. Bush as “a dummy sitting on the knee” of his vice president, Dick Cheney, who he said was a “beast man” in turn controlled by his wife, Lynne.

Kissinger was a frequent target of LaRouche and his followers. When a LaRouche supporter harassed Kissinger at the Newark, New Jersey, airport in 1981, Kissinger’s wife grabbed the woman and threatened to punch her. Mrs. Kissinger was later acquitted of misdemeanor assault.

LaRouche was 66 in 1989 when he was convicted of taking more than $30 million in loans from supporters that federal prosecutors said he had no intention of repaying. He also was convicted of not paying taxes; six associates also were given prison sentences. According to the Washington Post, some donors lost their life’s savings, which were spent on property, a swimming pool and a horse-riding ring at LaRouche’s home.

LaRouche, who was released from prison in 1994, said the case was a government campaign to silence him.

Prison did not stop LaRouche’s political activity. He ran for a U.S. House of Representatives seat from Virginia in 1990 and for president in 1992.

Jim Bakker, a popular television evangelist who also was convicted of defrauding his followers, shared a cell with LaRouche at a federal prison in Minnesota and found him to be good company in some ways, although convinced their cell was bugged.

“To say that Lyndon was slightly paranoid would be like saying the Titanic had a bit of a leak,” Bakker wrote in his autobiography.

LaRouche’s movement pulled an occasional electoral surprise. In 1986 two of his followers won primaries in Illinois for the Democratic nominations for secretary of state and lieutenant governor but were beaten by Republicans in the general election. In 2010 a LaRouche candidate won the Democratic nomination for a U.S. House seat in Texas but was soundly beaten by a Republican in the general election.

LaRouche’s followers, who also sought influence in Europe, continued their attacks on the political establishment into the administration of President Barack Obama. They often set up tables outside post offices and other public areas to protest his healthcare reform in 2009, using pictures of Obama smiling with Adolf Hitler and Obama with a Hitler-style mustache.

LaRouche was born Sept. 8, 1922, in Rochester, New Hampshire, and grew up there and in Lynn, Massachusetts, as a Quaker. He started on the political left as a member of the Socialist Workers Party before shifting far right in the 1970s.

LaRouche was married twice. His second wife, Helga Zepp-LaRouche, played a prominent role in his organization.