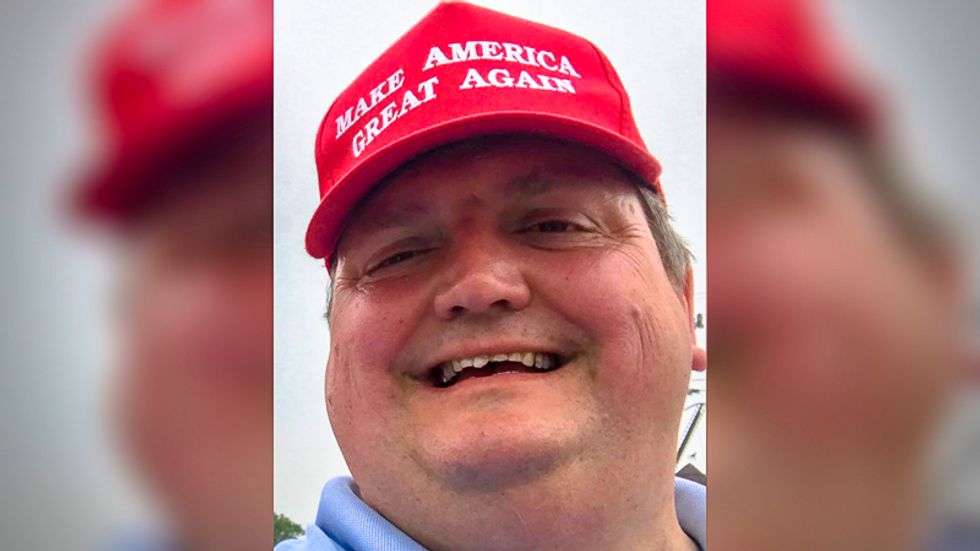 A Republican county commissioner in Massachusetts is refusing to apologize after making anti-LGBT remarks because he says it's what President Donald Trump would do.

The Cape Cod Times reported that Commissioner Ron Beaty has been called on to resign after he posted a poll on Twitter that asked if gay politicians are too biased to represent straight constituents.

“Generally speaking, are gay politicians too self-absorbed and self-centered to adequately represent ALL of their constituents in a fair and equitable manner?” Beaty wondered in his tweet.

“I’m calling for Commissioner Beaty to resign, I’m that upset,” Republican state Rep. Timothy Whelan told the paper. “I don’t even know what else to say.”

Beaty, however, defiantly refused to apologize.

The paper noted that Beaty has previously been incarcerated for "threatening to kill President George H. W. Bush and other politicians in the early 1990s."