Modest praise for US reform of visa program for skilled workers 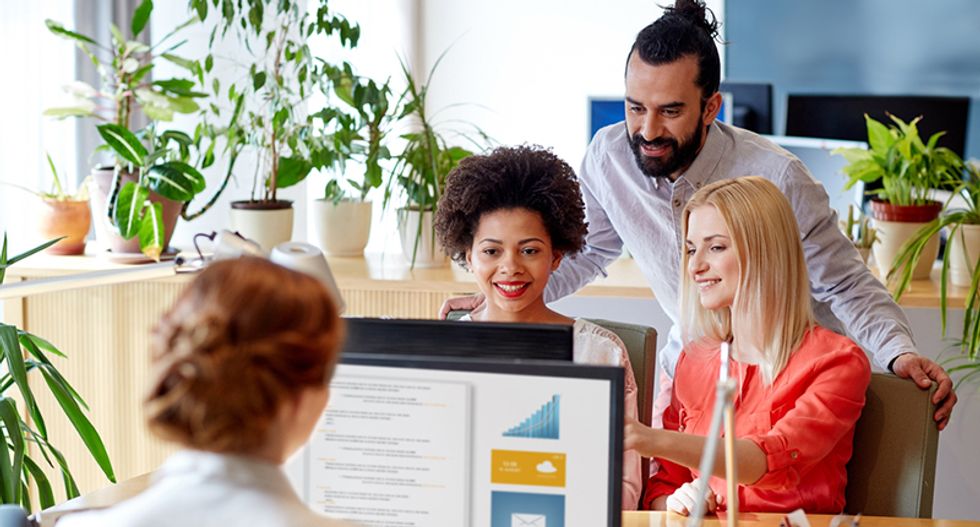 The Trump administration's new rules for a US visa program widely used for technology workers are getting cautious praise from Silicon Valley amid surging demand for high-skill employees.

The H-1B visa program, which admits some 85,000 foreign nationals each year, will give higher priority to people with post-graduate degrees from US universities, under a final rule published in January by the Department of Homeland Security.

"US employers seeking to employ foreign workers with a US master's or higher degree will have a greater chance of selection in the H-1B lottery" under the new rule, said Francis Cissna, director of US Citizenship and Immigration Services, in announcing the change on January 30.

The changes come with the tech industry pleading for more immigrants to fill key skilled positions, and responds in part of concerns that the program has been exploited by some tech giants and outsourcing firms to depress wages and displace US employees.

"The changes are, on the whole, a positive step in the right direction," said Todd Schulte of the immigration reform group FWD.us backed by Facebook founder Mark Zuckerberg, Microsoft founder Bill Gates and others in the industry.

Ed Black of the Computer & Communications Industry Association, which represents several major tech firms, said the program has not always been administered as well as it could have been.

"We are hopeful something in the newly announced revisions will improve efficiency, but it's too soon to say what the impact will be in practice," Black said.

The H-1B program, in place since 1990, has been used for a variety of skilled occupations including nurses and pastry chefs, but in recent years two-thirds have been for computer-related jobs and three-fourths of the employees have come from India. Because visa-holders can stay up to six years, the number currently living in the United States is estimated at more than half a million.

Ron Hira, a Howard University political scientist who has followed the visa program for two decades, said it has been exploited by some large tech companies and outsourcing firms to keep wages down and in some cases displace American employees.

Hira said the visas have not been allocated to the "most pressing needs" of the labor market and that "the typical H-1B employee is working in a back office through an outsourcer."

He said that the reform "inches us a little closet to a better quality pool, but it's still not selecting the 'best and brightest' -- you could reform it much better."

Hira said the system has been disappointing up to now because of large outsourcing firms that flood the system with thousands of applications, and some Silicon valley firms that use it to keep wages down.

A US Labor Department complaint alleged that Oracle discriminated against some Americans by bringing in large numbers of H-1B visa holders, who were paid less than US nationals.

The new DHS rule reverses the order of two lotteries for H-1B visas, by selecting the first 65,000 from the pool of all applications, and subsequently choosing 20,000 with advances degrees.

Officials expect this will mean an increase of some 5,000, or 16 percent, for advanced degree-holders.

Hira said this potentially changes the mix of visa holders to positions with higher pay and skill levels.

William Kerr, a Harvard professor who heads the university's Future of Work initiative, agreed the changes could slightly shift the mix of those receiving H-1B visas to bring in more people with advanced skills

"It's a modest change in a system in a need of substantial reworking, but I support the change," he said.

Robert Atkinson, president of the Information Technology and Innovation Foundation, a think tank focused on the sector, said the changes should be viewed in the context of Trump administration rhetoric about shutting out foreigners and hiring more Americans.

"People were talking about shutting down this program and making it hard for companies to use (visa holders) at all, so it could have been a lot worse," Atkinson said.

The reform is a "reasonable compromise," Atkinson said.

The change, he said, "sends a nice message to foreigners who have been dropping their enrollment in US universities and who were feeling uncertainty about Trump was going to do."