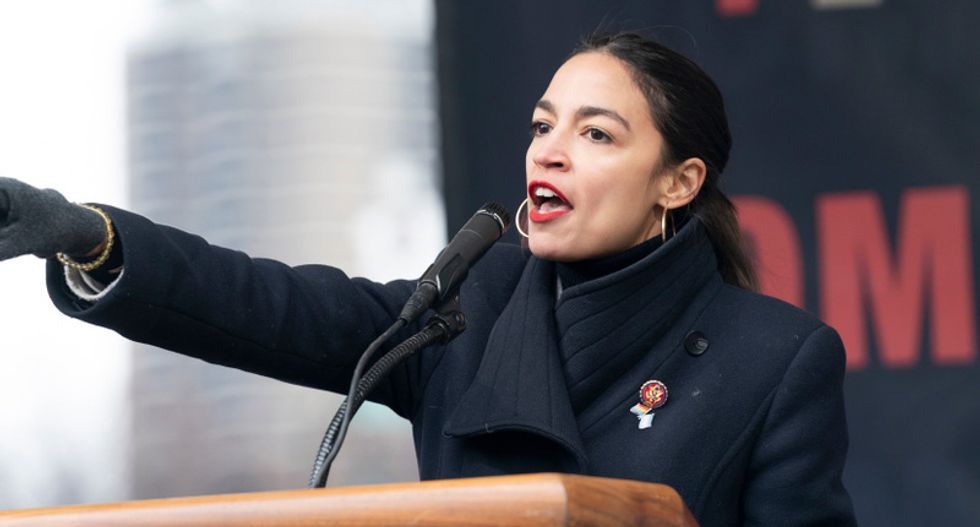 Likely 2020 contenders and progressive members of Congress have proposed a variety of plans in recent days to make the rich pay more in taxes and begin reversing soaring inequality—from a wealth tax to a 70 percent top marginal rate to a higher estate taxon the richest families—and a survey published on Monday found that such ideas are extremely popular among the American public.

According to a new Politico/Morning Consult poll, 76 percent of registered voters believe that the wealthiest Americans should pay more in taxes, and 61 percent back Sen. Elizabeth Warren's (D-Mass.) new proposal for an annual tax of two percent on assets over $50 million—which she dubbed the "Ultra-Millionaire Tax." The poll found that even 50 percent of Republican voters support Warren's plan.

While Rep. Alexandria Ocasio-Cortez's (D-N.Y.) call for a 70 percent top marginal tax rate on the wealthiest Americans polled less favorably overall—garnering 45 percent support among all respondents—the new survey found that the proposal is extremely popular among Democratic voters, with 60 percent backing it.

Such high public support for hiking taxes on the richest Americans significantly undermines the claim that proposals like Warren's are somehow too "radical" for the public to accept. As Common Dreams reported last week, billionaire former Starbucks CEO and possible 2020 presidential candidate Howard Schultz decried Warren's plan as "ridiculous."

"Proposals to boost taxes on the rich are not [a] left-wing fantasy," Politico's Ben White noted on Twitter. "They are mainstream and really popular. Time to think about things differently."

Proposals to boost taxes on the rich are not left wing fantasy. They are mainstream and really popular. Time to thi… https://t.co/IlawREmJ8j
— Ben White (@Ben White) 1549284027.0

In an interview with Politico, Warren said she is not surprised by widespread public support for higher taxes on the richest Americans, who recently received yet another enormous gift in the form of President Donald Trump and the GOP's tax cuts.

"It's not surprising to me at all. Washington has been working so long for the billionaire class that people around here cannot imagine crossing them," said the Massachusetts senator. "It never even becomes a topic of conversation. The ultra-millionaires have gotten so much from this country that it's not unreasonable to ask them to give back a little bit."