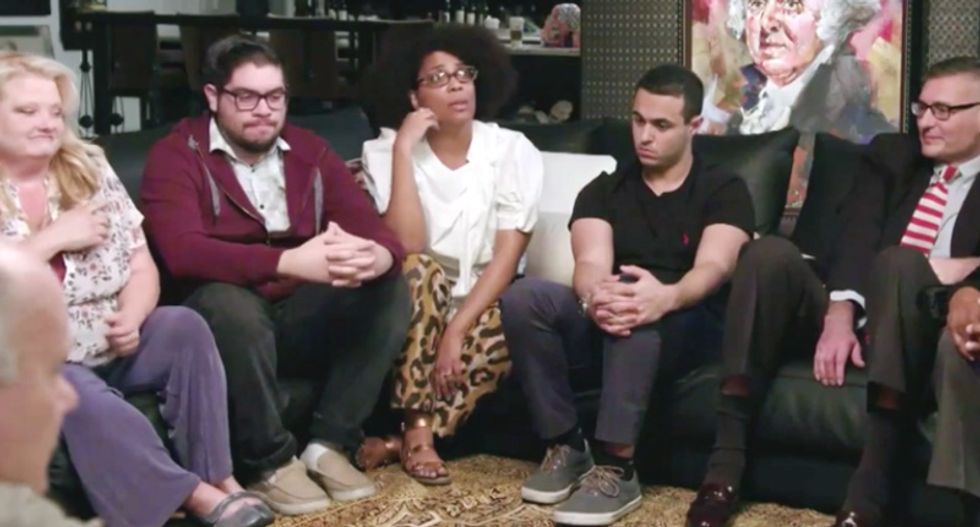 Republican pollster Frank Luntz said that his most recent focus group over a wall at the US-Mexico border was hostile and ended in nearly a hate crime.

In a focus group for VICE News, Luntz gathered 13 Democrats and Republicans to see where they stand on President Donald Trump's fight for his border wall promise.

The group was centered around the question: Who is to blame for the longest government shutdown in US history?

Members of both parties said they would rather shut down the government again than to cave or comprise.

"My latest focus group for @VICENews was perhaps the most hostile I’ve ever had in my 30 years of doing this," Luntz tweeted.

“The comments that some of you are making in here to me sound like they're one step away from a hate crime,” Luntz said. “I hear a lot of hate in this room.”

Trump has threatened to bypass Congress if he does not get funds for his border wall by declaring a national emergency.

“I would tell the president, keep going,” Talia Nosrati, a panelist, said. “The Democrats are frightened because he's delivering on every single promise.”

Watch the full focus group below.