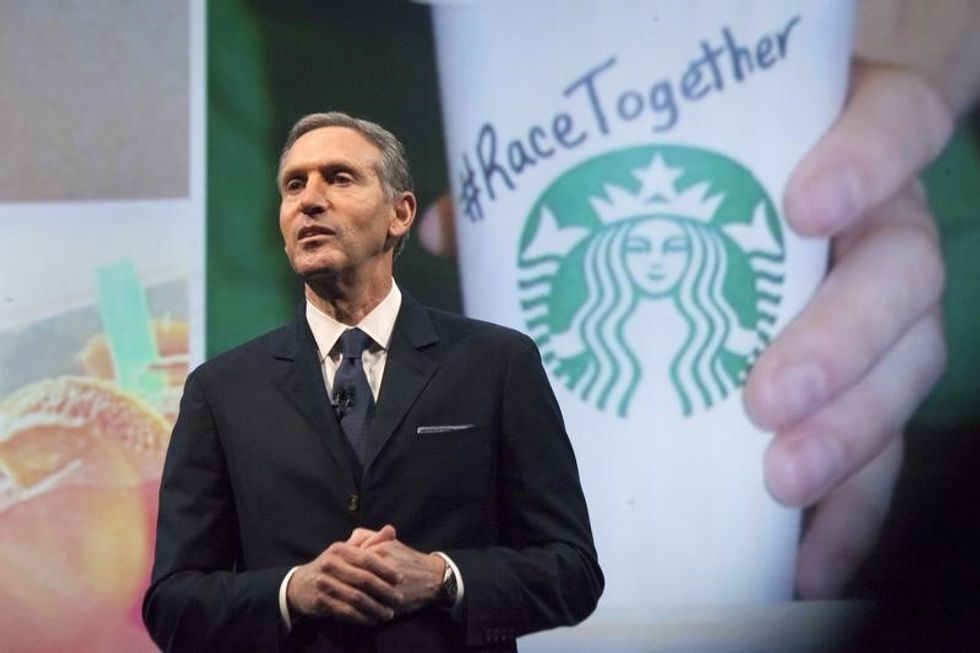 Paul Krugman leveled another attack on former Starbucks CEO Howard Schultz, who's considering a presidential campaign, and his "centrist delusions."

The New York Times columnist and Princeton economist said Schultz was a symptom of the ideological extremism that's undermining American democracy, which he said was under threat by right-wing radicals and "fanatical centrists."

"Over the past few days we’ve been treated to the ludicrous yet potentially destructive spectacle of Howard Schultz, the Starbucks billionaire, insisting that he’s the president we need despite his demonstrable policy ignorance," Krugman wrote. "Schultz obviously thinks he knows a lot of things that just aren’t so. Yet his delusions of knowledge aren’t that special. For the most part, they follow conventional centrist doctrine."

Centrists like Schultz -- and another wannabe presidential contender, billionaire Michael Bloomberg -- are obsessed with public debt, Krugman wrote, but are "furiously opposed to any proposal that would ease the lives of ordinary Americans," such as universal health care.

"Both pundits and plutocrats like to imagine themselves as superior beings, standing above the political fray," Krugman wrote. "They want to think of themselves as standing tall against extremism right and left. Yet the reality of American politics is asymmetric polarization: extremism on the right is a powerful political force, while extremism on the left isn’t. What’s a would-be courageous centrist to do?"

"The answer, all too often, is to retreat into a fantasy world, almost as hermetic as the right-wing, Fox News bubble," he added.