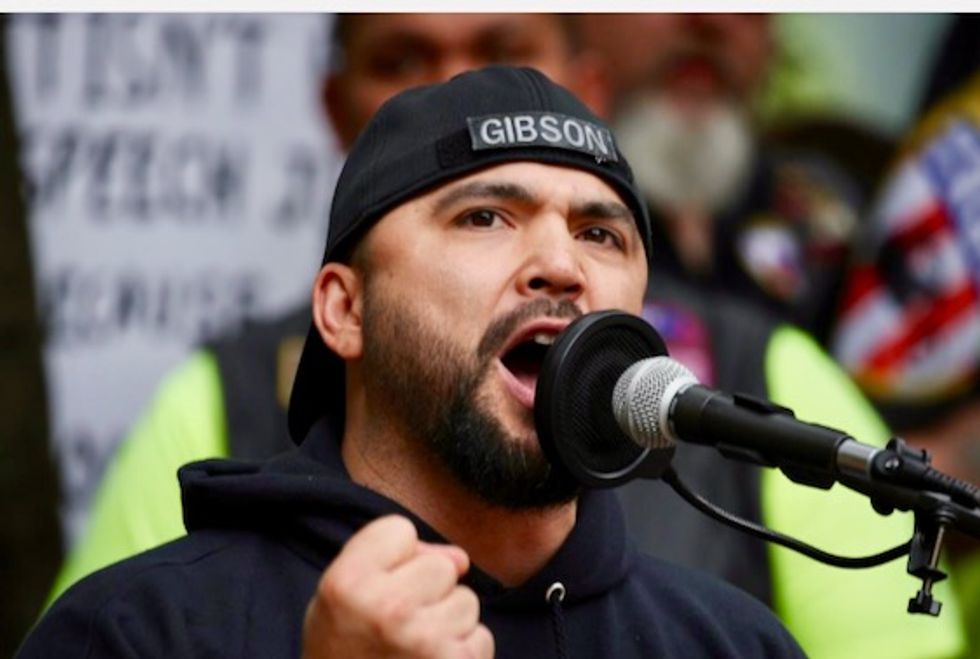 Police in Portland, Oregon, are investigating messages between a police lieutenant and a leader of a right-wing group in which the officer appears to give tips on how to avoid arrest and the location of counter-protesters, authorities said.

The messages from 2017 and 2018, first reported this week by the local Willamette Week newspaper, drew accusations of collusion between the officer and Gibson’s group, whose demonstrations have turned violent in the past.

Portland Police Chief Danielle Outlaw said she ordered an internal investigation to review the communications and determine if any bureau directives were violated.

“If anything is identified that is deemed outside of our values and directives, it will be addressed,” Outlaw said late on Thursday in a statement.

In one of the text messages from December 2017, Niiya told Gibson that a group of anti-fascist counter-protesters was headed toward his demonstration.

“We will have officers nearby but you may want to think about moving soon if more come,” Niiya said in the message.

In other messages, Niiya assures Gibson he can trust him, and praises his plans to run for the U.S. Congress.

Portland Mayor Ted Wheeler said the messages were “disturbing,” raised questions about police bias and appeared to be encouraging Gibson, who Wheeler said leads a group that perpetrates hate speech and violence.

“Incidents like this contribute to the distrust that so many people have about the Portland Police Bureau,” Wheeler said in a statement on Thursday.