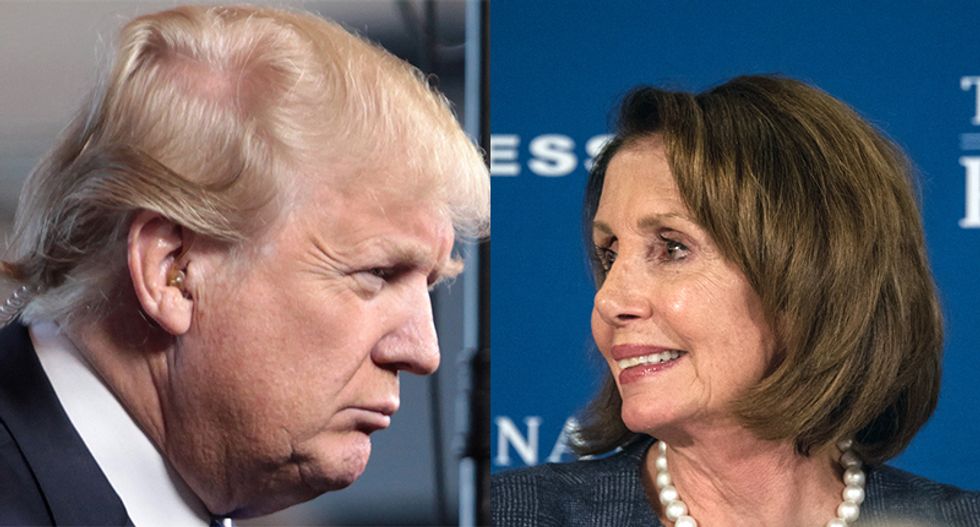 President Donald Trump says he likely will proceed with building his wall on the Southern border without the help or support of Congress. The President made the announcement in an interview he granted to The New York Times' Peter Baker, Maggie Haberman, and publisher A. G. Sulzberger in the Oval Office Thursday.

Calling the President "defiant," the Times reports Trump called the talks with Congress "a waste of time." Trump "indicated he will most likely take action on his own when they officially end in two weeks."

President Trump would not acknowledge if he had decided to sign an order declaring the need for the wall a national emergency, but directed his ire toward Speaker of the House Nancy Pelosi.

“I’ve actually always gotten along with her, but now I don’t think I will any more,” Trump said of the Democratic House Speaker. “I think she’s doing a tremendous disservice to the country. If she doesn’t approve the wall, the rest of it’s just a waste of money and time and energy because it’s desperately needed.”

Mr. Trump has been considering an emergency declaration to spend money on a wall even without congressional approval, an action that would most likely draw a court challenge, and he said Ms. Pelosi would not be able to stop him. “I’ll continue to build the wall, and we’ll get the wall finished,” he said. “Now whether or not I declare a national emergency — that you’ll see.”

The Times adds that Trump "scoffed at the notion that he was making money from the presidency, calling the job a 'loser' financially."