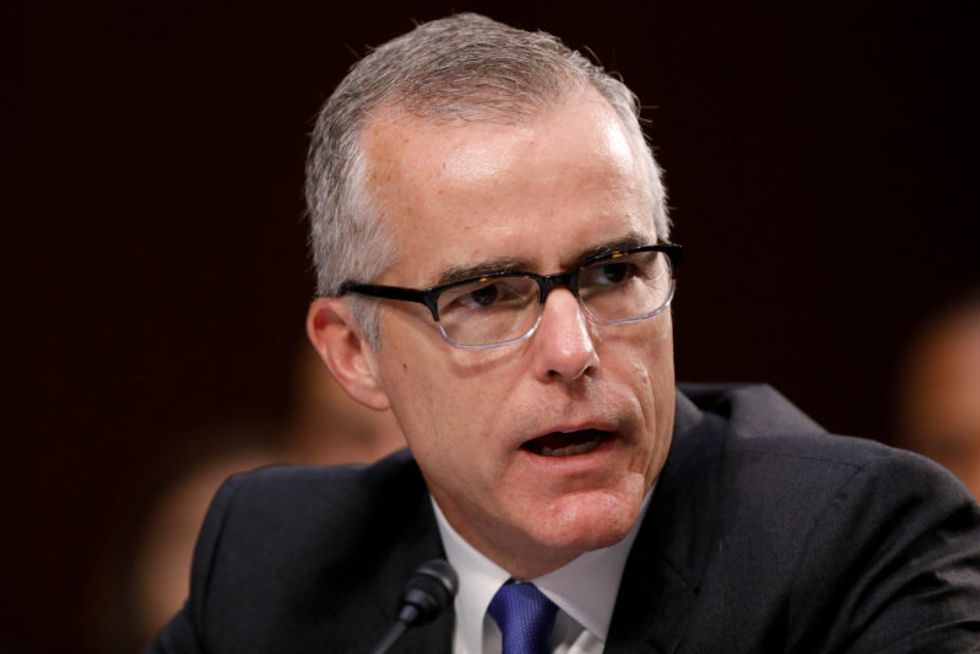 Former top FBI official Andrew McCabe decried the “relentless attack” he said U.S. President Donald Trump has launched against the agency, according to released excerpts of an interview with NPR’s Morning Edition, to be aired early Monday.

“I think the FBI has been under a relentless attack in the last two years,” said McCabe, who is promoting his new memoir, “The Threat: How the FBI Protects America in the Age of Terrorism and Trump.”

Trump’s attack is one of the reasons he wrote his book, he said in a wide-ranging interview that covered everything from his own firing, the probe into Russia’s alleged role in the 2016 presidential election, and FBI morale.

McCabe denied news reports that anyone in the Justice Department had made a serious effort to remove the president.

“At no time did I ever perceive that there was a legitimate effort underway by [Deputy Attorney General] Rod [Rosenstein] or anybody else to remove the president under the 25th Amendment or in any other way,” McCabe said in the interview.

The 25th Amendment to the U.S. Constitution outlines how a sitting president can be removed by the vice president and cabinet.

He also said in the interview that he believes his own firing just hours before his retirement “sends an unbelievably chilling message to the rest of the men and women of the FBI.

McCabe was dismissed from the FBI in March 2018, following a tumultuous relationship with Trump, after the President fired former FBI director James Comey over the investigation into the Trump election campaign’s alleged connections with Russia.

Trump, who has frequently criticized Comey, McCabe and the Russia inquiry, on Thursday attacked McCabe on Twitter as a leaker and a “disgrace to the FBI.”

In June 2017, Comey told a Senate committee he believed Trump had directed him to drop a probe into the Republican president’s former national security adviser, Michael Flynn, as part of the broader Russia investigation.

McCabe himself was later fired by then-U.S. Attorney General Jeff Sessions, who cited an internal Federal Bureau of Investigation watchdog report that found McCabe leaked information to reporters and misled investigators about his actions. McCabe said he was targeted over the Russia probe.

In the Morning Edition interview, McCabe said he has an ongoing civil lawsuit against the Department of Justice over the circumstances of his firing.

He said he believes the report by the FBI’s Office of Inspector General used as the basis of his dismissal was biased against him. He pointed to the personal attacks Trump has launched against him on Twitter and said of the OIG, “I don’t believe they were independent or fair.”

The book is set to be released this week.