US may slap new sanctions on Venezuela if aid convoys blocked: official 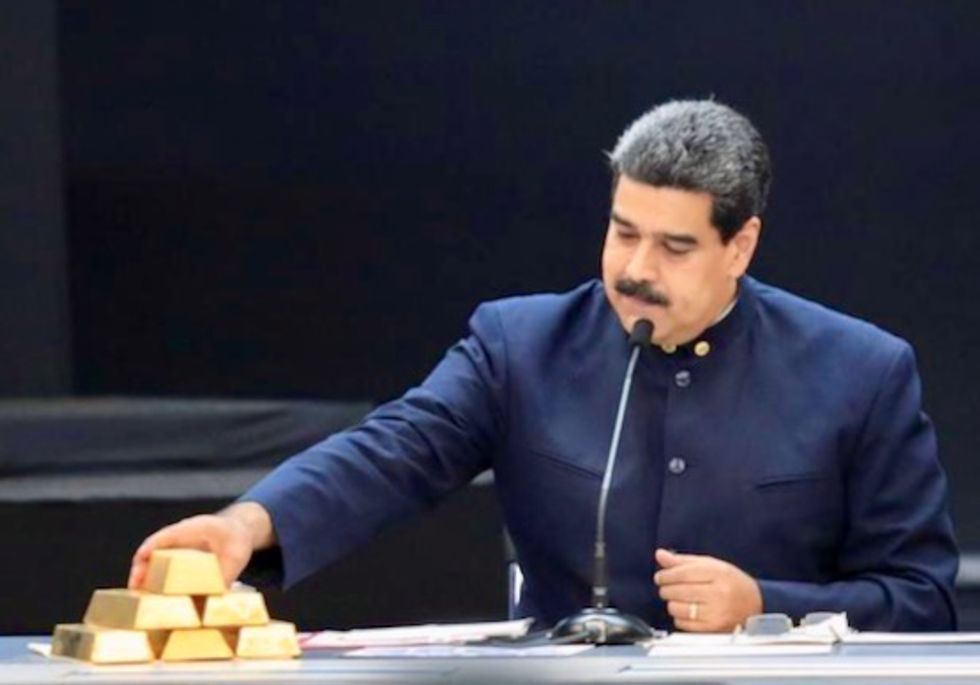 FILE PHOTO - Venezuela's President Nicolas Maduro touches a gold bar as he speaks during a meeting with the ministers responsible for the economic sector at Miraflores Palace in Caracas, Venezuela March 22, 2018. REUTERS/Marco Bello

The U.S. government could announce new sanctions to pressure Venezuelan President Nicolas Maduro as early as next week unless his military defies orders to block convoys of humanitarian aid planned for this weekend, a senior administration official said on Friday.

U.S. Vice President Mike Pence and other leaders in the Western Hemisphere will meet in Bogota on Monday. Depending on what happens on Venezuela’s borders over the weekend, the leaders could dramatically boost aid pledges to the country - or take new steps to crack down on Maduro, the official told reporters.

“If there is any type of violence, or if there is any type of negative reaction from the hierarchy of the Venezuela armed forces, there may also be measures that are announced by the vice president and other countries in regards to closing even further the international financial circle,” the official said, speaking on condition of anonymity.

Pence will lead the U.S. delegation to the meeting of the Lima Group regional bloc, and so far has an “open script” for what he will propose, the official said.

“He has the carrots, but he’s also ready with the sticks for those that promote or execute violence,” the official said. “That will be announced not only by the United States, but by the rest of the region’s democracies.”

The United States has stockpiled aid on Colombia’s border with Venezuela at the request of opposition leader Juan Guaido, whom Washington and other dozens of other Western governments have recognized as Venezuela’s legitimate president since Maduro held elections last year decried as fraudulent.

Despite shortages of food and medicine, Maduro has denied there is a crisis in the country, and says the aid is aimed at undermining his government. He has ordered the country’s borders closed to keep the aid from entering.

Guaido and other opposition lawmakers have vowed to bring in aid on Saturday from the Brazilian town of Boa Vista as well as the Dutch Caribbean island of Curacao.

Tensions are running high and there has been some violence. Soldiers killed two people and injured 15 near the border with Brazil, witnesses said.

The U.S. official described the aid convoys as a key test for the Venezuelan military as its leaders weigh whether to obey Maduro or Guaido, who has asked the military to let it pass.

“It’s really the first order he gives to them as their commander in chief,” the U.S. official added.