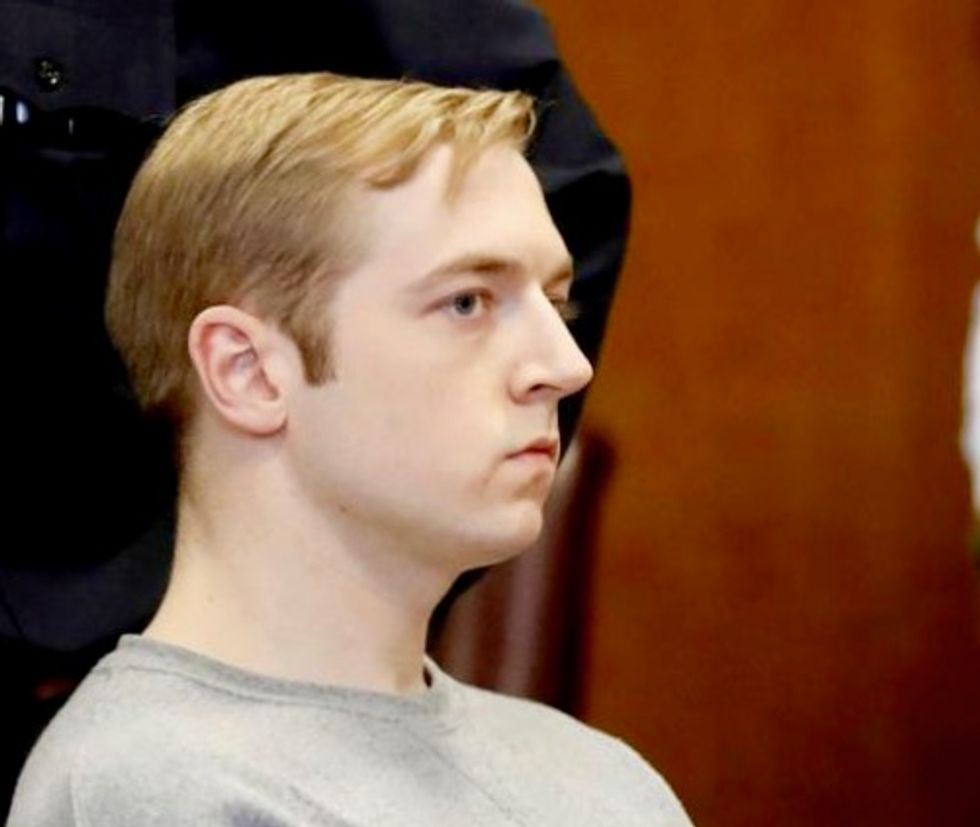 A white man who killed a black man with a sword in the hopes of starting a race war was sentenced to life in prison without parole Wednesday in New York, multiple media accounts said.

James Jackson, 30, a former U.S. Army specialist, apologized for the slaying, before the State Supreme Court Justice Laura A. Ward sentenced him to the maximum allowed under the law, the New York Times reported.

Last month, Jackson plead guilty to first-degree murder in furtherance of an act of terrorism, in the March 2017 death of Timothy Caughman, 66.

He turned himself in at a police station after police circulated surveillance video of the killing.

Jackson, of Baltimore, told detectives that the traveled to New York City because it is the U.S. media capital and he believed that the killing would start a race war.

“The racial World War starts today,” Jackson wrote in a manifesto that included a swastika, the Times reported. “This political terrorist attack is a formal declaration of a global total war on the Negro races,” he wrote.

Neither an attorney for Jackson nor state prosecutors were available for comment early Thursday.

In January, Cyrus Vance, New York’s district attorney, said in a statement, “If you come here to kill New Yorkers in the name of white nationalism, you will be investigated, prosecuted, and incapacitated like the terrorist that you are.”

Jackson served as an Army specialist until 2012 and was deployed in Afghanistan for nearly a year beginning in December 2010. He was awarded several medals for his conduct.