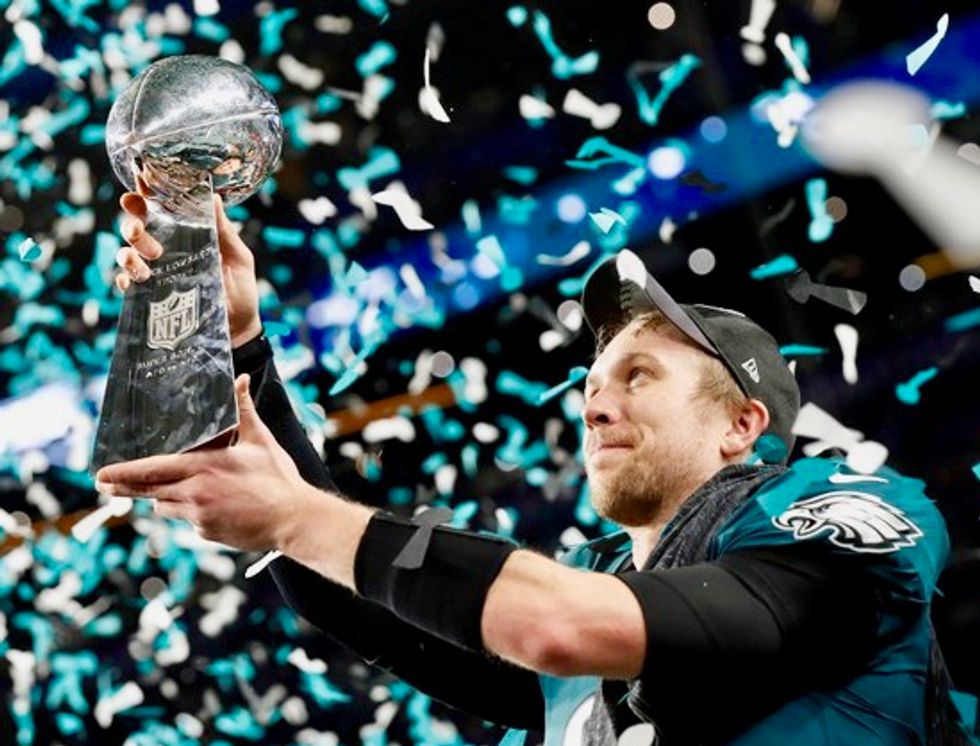 College education and clean water will be among the social issues that feature in commercials this Sunday, along with a spotlight on women, as advertisers seek to grab the attention of what is often the year’s largest television audience: the National Football League’s Super Bowl championship.

Kia Motors Corp and Anheuser-Busch Inbev are two major brands plugging social causes, such as funding for college education and clean water, which appeal to millennials - the generation of people born between 1981 and 1996, that is prized by advertisers and tends to look for companies with values, marketing experts say.

Last year’s Super Bowl saw TV ad buyers choosing to spotlight social responsibility in more than a quarter of the commercials - a “remarkable” change from the previous decade when such messages made up only about 5 percent of ads, said Charles Taylor, a professor of marketing at Villanova University School of Business, adding he expects the trend to continue.

This year, the average cost of a Super Bowl commercial is about $5.2 million, Taylor said. Last year 103 million people watched the event.

During this weekend’s matchup between the New England Patriots and Los Angeles Rams, Microsoft Corp plans to air a 60-second commercial for its new Xbox controller designed for gamers with limited mobility.

Benjamin Hordell, founding partner of digital marketing and advertising firm DXagency, called the strategy a long-term play, as “people, especially millennials ... want their brands to stand for something,” he said.

“Gen Z,” or those born between 1997 and 2012, also cares about where companies stand, according to Whitney Wolfe Herd, founder and chief executive of dating app Bumble. It will air a commercial during the Super Bowl partnering with American tennis star Serena Williams.

“They care about what they buy, what they do, where they go, the brands they wear, what impact that has on the world around them,” Herd told Reuters Video News in an interview.

Along with Bumble, some of the buzziest of the pre-announced commercials are those with high-profile female celebrities or themes of women’s empowerment.

Officials won't get it right 'every time': NFL's Goodell

While it is well known that women make up almost half of Super Bowl viewership, they have often been ignored by advertisers until recently, said Paul Caiozzo, co-founder of creative advertising agency Interesting Development.

“There’s an emergence of women in leadership roles in ads, instead of being the butt of the joke or being shown in a bikini,” he said.