Beneath Fed's positive spin, an embrace of a tepid future 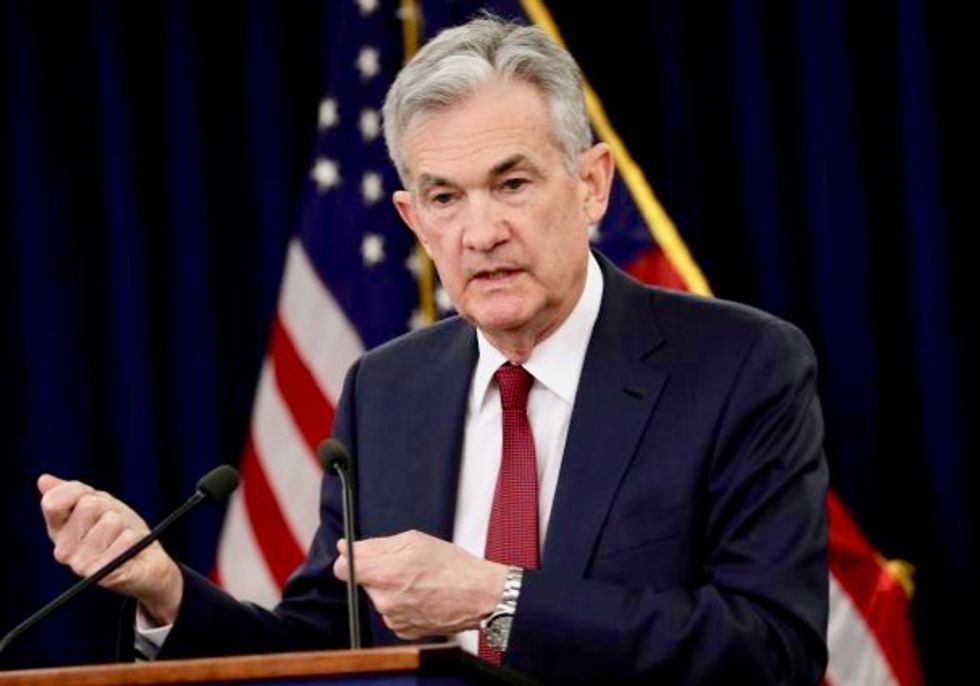 Federal Reserve policymakers see a U.S. economy that is rapidly losing momentum. They predict inflation will miss their 2 percent target for yet another year, despite rising wages, and they expect unemployment to increase.

Fed Chairman Jerome Powell’s view of it all? He calls these fundamentals “very strong,” says the economy is in a “good place and sees the outlook as “favorable.”

Welcome to the new normal.

Powell’s upbeat assessment of a deteriorating economy shows how completely the Fed has embraced a world of stubbornly weak inflation, permanently slower growth and chronically low interest rates that give the central bank precious little room for conventional policy easing when the next downturn arrives.

It is a situation that poses risks to the Fed’s credibility, given the long-running failure to lift inflation to a target first specified in 2012 in hopes of guiding the economy upward. It also raises the stakes over an evolving debate about the need for fiscal, social and other policies that may be targeted to pick up the slack.

“It feels like the Fed has come to Jesus on this topic,” said University of Oregon economics professor Tim Duy, who believes the abrupt revisions to Fed forecasts show the Fed may have already raised interest rates too far. “The secular stagnation story, some part of it, must in fact be a reality.”

Powell delivered his message on Wednesday as the Fed signaled it is likely finished with the interest rate increases it started back in 2015, and hinted that should the outlook worsen, a rate cut may be next.

“We are very mindful... of what the risks are,” Powell said after the Fed held its target range for short-term rates steady at 2.25 percent to 2.5 percent. “We don’t see data coming in that suggests we should move in either direction... We should remain patient and let the situation clarify over time; when the time comes, we will act appropriately.”

DOWN IN THE DUMPS?

At least nine and perhaps as many as 15 of the Fed’s 17 policymakers slashed their interest rate forecasts, with most seeing no rate hikes this year. As a group they now believe the economy has lost perhaps a third of its momentum compared with last year, and will grow around 2.1 percent in 2019.

What about the idea they would need to boost rates high enough to brake growth and actually curb inflation, a feature of their outlook in 2018? A thing of the past.

If anything, the Fed’s concern has shifted in the other direction, toward inflation remaining so low it undermines business and household expectations about the future, another potential drag on growth if either sector becomes more cautious in spending.

To some analysts, the abrupt revisions sound like a warning.

“What does the Fed know that it’s not saying?” asked Marvin Loh, global macro strategist at State Street.

“I think we are bracing for another shoe to drop,” said Scott Anderson, chief economist at Bank of the West in San Francisco.

That was also the view of financial markets, with short-term interest-rate futures quickly pricing in a rate cut next year.

Powell noted risks to his positive outlook include a slowdown in Europe and ongoing trade tensions with China.

To others, however, it seemed like confirmation of an inconvenient truth: that global growth may have peaked, leaving countries stuck in slow-growth mode and reliant on fiscal policy to keep from grinding to a halt. In addition, they will have to carry the load of recovery should a recession occur.

“Even once this episode is past, what do things look like? In the Fed’s view it is a world of sub-2 percent growth” over the long run, said Nathan Sheets, chief economist at PGIM Fixed Income and a former U.S. Treasury official. “By U.S. historical standards, it is not great.”

Central banks in Japan and Europe are in a similar fix, fueling a global debate about whether, given chronically low interest rates, it makes sense for larger and economically more dynamic nations to borrow more for investments in infrastructure, education, climate adaptation and other endeavors that would have a clear public return.

“It is a different world,” former International Monetary Fund Chief Economist Olivier Blanchard said in a meeting with reporters recently at the Peterson Institute for International Economics. “We are going to be in a world where monetary policy is highly constrained and fiscal (policy) will become central.”

Originally skeptical of the secular stagnation argument that low growth in developed nations is hardwired into the long-term outlook by aging populations that over-save, he said he now views that as the “more likely” state of affairs.

The issue now is whether the current slow-growth expansion will continue indefinitely in the hoped-for “soft landing” that the Fed foresees in its current projections.

There are arguments to the contrary. The recently released Economic Report of the President projected growth will remain near 3 percent this year and could edge up in coming years if, for example, the now-temporary household tax cuts approved in 2017 are made permanent. Resolution of current global trade frictions could also raise the global outlook.

But 2018, a year that began with U.S. and world officials heralding an era of synchronized global growth, may also prove the outlier.

Said Bank of the West’s Anderson: “Even with the U.S. pausing, it might not be enough to stop a global downturn.”