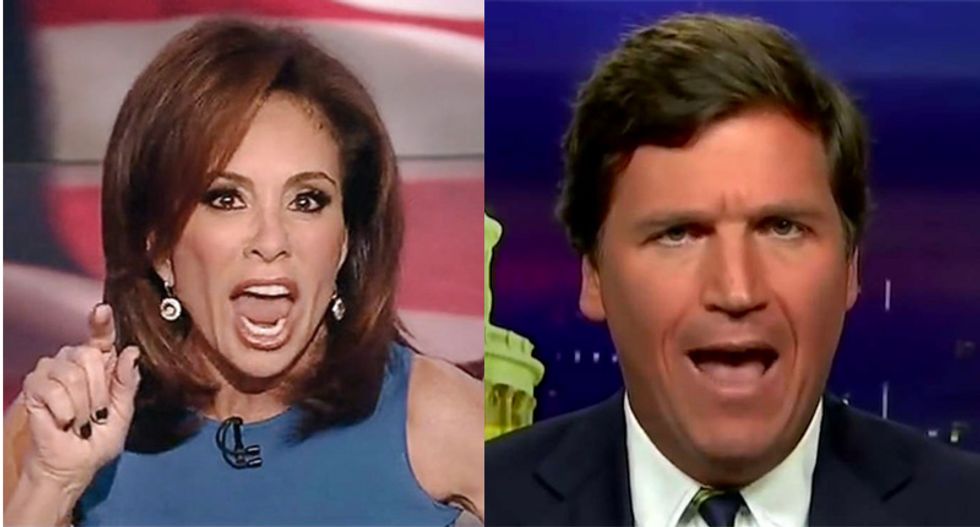 A former executive for Fox News' parent company said he left the corporation due to negative, "demonizing" coverage of Muslims.

In an interview with NPR, Joseph Azam, a former senior vice president at Rupert Murdoch's News Corp., said he wasn't the only person "fundamentally bothered" by Fox's fearmongering coverage of Muslims and immigrants.

"Scaring people. Demonizing immigrants. Creating, like, a fervor — or an anxiety about what was happening in our country," Azam, who also worked as a senior compliance officer for the company that owns the New York Post, the Wall Street Journal and HarperCollins publishing house, told NPR.

"While News Corp. is technically separate from the corporate parent of Fox News," the report noted, "they are both controlled by Rupert Murdoch and his family."

The former executive said his stomach was turned by comments from some of his corporate colleagues that saw "Muslims derided as threats or less than human; immigrants depicted as invaders, dirty or criminal; African-Americans presented as menacing; Jewish figures characterized as playing roles in insidious conspiracies."

He added that those attitudes were present across Murdoch's media empire, "especially on the popular opinion shows of Fox News, including Jeanine Pirro, Tucker Carlson, Laura Ingraham and Sean Hannity, and Fox Business Network's Lou Dobbs."

Azam told NPR the decision to leave News Corp. after more than two years in his executive position was partially personal, as he was born in Kabul, Afghanistan and came to the United States as a child.

A family friend of Azam's and his wife both told NPR that he communicated his concerns about News Corp. and Fox News to them when he was at the company.

The report noted that the former executive once responded with criticism to a tweet Carlson posted — and was instructed by his boss to take it down.

In the tweet, Carlson mused: "Why does America benefit from having tons of people from failing countries come here?"

"If you come upstairs to where all the executives who run your company sit and find me I can tell you, Tucker," Azam responded, including the #Afghanistan hashtag.

#Tucker: Why does America benefit from having tons of people from failing countries come here? @FoxNews
— Tucker Carlson (@Tucker Carlson) 1498782939.0

"Azam's boss, News Corp. General Counsel and Executive Vice President David Pitofsky, took him aside and counseled him not to attack other figures in the larger Murdoch empire, as Azam recalls it, and he took down the tweet," the report noted.

He also recounted an interaction he had with Pirro in an elevator in the building shared by both News Corp. and Fox News that overlooks Manhattan's Rockefeller Center.

During the elevator ride, Pirro and Azam watched a Fox News report on a monitor about a terror strike carried out by Muslim extremists. The host reportedly said it was "good fodder for the show."

"My issue with this isn't as an American Muslim. It's not as a refugee. It's not as an immigrant. It's as an American," Azam told NPR. "I live here. I have kids here. And it worries me that, you know, what's being put out into the universe could actually create a lot of risk for them."

Read the entire interview with the former News Corp. executive via NPR.