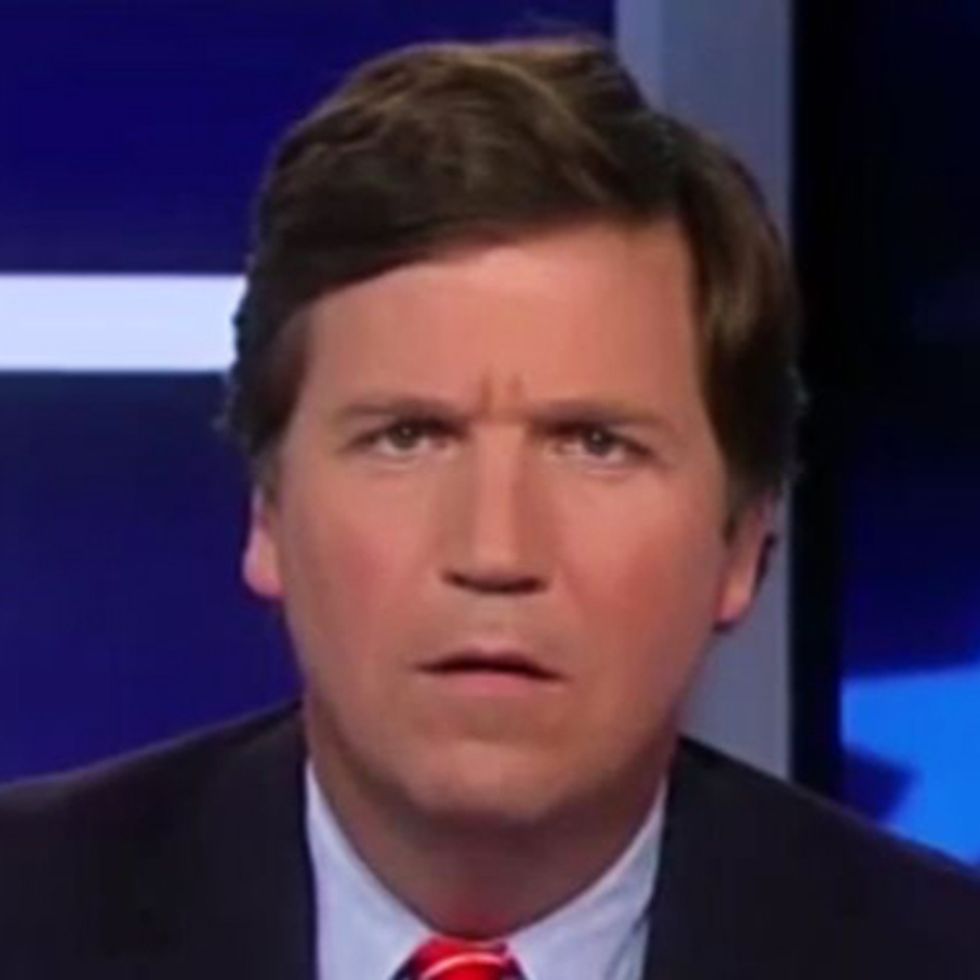 The news broke Sunday evening, and spread virally. Now there are calls for Fox News to fire its top host, Tucker Carlson, and some on social media are urging a boycott of Carlson's advertisers.

Media Matters revealed in audio recordings they unearthed that Carlson over a five year period (2006 - 2011) repeatedly made extremely misogynistic remarks and grotesquely attacked about a half-dozen women by name.

But perhaps most disturbing, Carlson, 49 and a father of four, appeared to condone statutory rape of both girls and boys and admitted he "would love" a "scenario" in which two underaged girls "explore" each others' bodies.

Carlson sloughed off his remarks as just "something naughty," adamantly refusing to apologize.

There are growing calls also for those disgusted by Carlson's remarks to boycott advertisers, with activists tweeting out names of those they say pay Fox big money to get their products in front of viewers.

Well, this could be awkward: Fox News is supposed to host event for biggest advertisers and media buyers at their H… https://t.co/VzDBLrJ3dv
— Angelo Carusone (@Angelo Carusone) 1552280113.0

Here's a sampling of calls urging a boycott:

WOW. This is damning. How can any of his remaining advertisers continue to pay for this man’s opinions? https://t.co/6r1NeQbzRW
— Sleeping Giants (@Sleeping Giants) 1552259453.0

TUCKER CARLSON: JACK ABRAMOFF HAS A “DECENCY” “I’M WILLING TO VOUCH FOR”